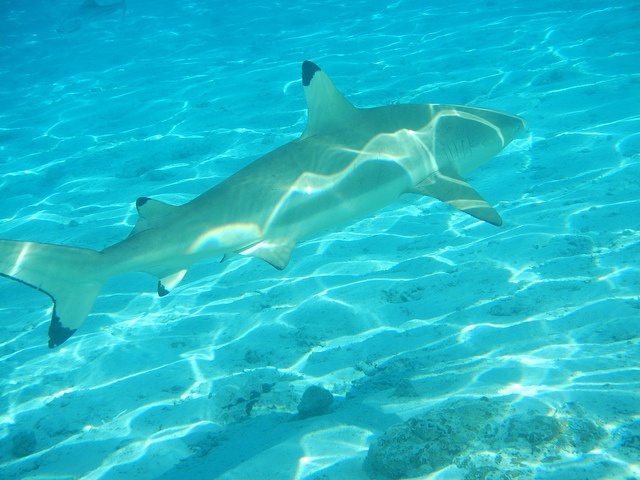 It is an offence to target the species only for its fins in Seychelles. (Matt Kowalczyk/flickr) Photo License: CC BY-NC 2.0

(Seychelles News Agency) - A Seychelles-flagged Taiwanese fishing vessel has been fined after being caught with shark fins earlier this month by a regional fisheries surveillance team within the island nation’s waters.

Although fishing of sharks is not illegal in Seychelles, it is an offence to target the species only for its fins. The fins found on ‘Poseidon’ -- an industrial longline fishing vessel -- had no shark carcasses on board.

Shark finning is the practice of slicing off the highly valuable fins from sharks and dumping the rest of the shark, often still alive, back into the sea. The finned sharks sink to the bottom where they bleed to death, drown or are attacked by other predators.

The manager of monitoring control and surveillance at the Seychelles Fishing Authority (SFA), Johnny Louys, said the seizure is significant because, for the 729kg of fins, around 14.5 tonnes of shark body has gone to waste.

“This contravened the provisions of the Fisheries Shark Finning Regulations,” said Louys.

The Seychelles Shark Finning regulations made in 2006 states that no person shall on board a fishing vessel remove fins from shark except under and in accordance with an authorisation issued in respect of that vessel by Seychelles Fishing Authority.

Louys added: “The vessel did not declare in its logbook the interaction with sharks and as such has contravened provisions of the fisheries act that requires these vessels to properly declare such interactions.”

The seizure was made by the regional fisheries surveillance team comprising of the Indian Ocean Commission member which includes Seychelles.

Louys said this is also important in terms of the collaboration of regional partners in the fight against illegal fishing.

Under the Seychelles' fisheries law such offences can either be prosecuted in the court of law or a fine can be paid by first-time offenders with the maximum fine being $36,000 for illegal shark fins and $32,500 for undeclared goods.

The Seychelles Fishing Authority has a range of control and surveillance monitoring measures to ensure that vessels are compliant with the domestic laws and international obligations.

Louys said the seizure sends a strong message that SFA is active and involved in the fight against illegal unreported unregulated fishing.

Since this is a first offence and the penalty did not include the forfeiture of license or de-flagging, the Poseidon vessel can go back to fishing in the Seychelles waters. The ship has already left Seychelles, an archipelago in the western Indian Ocean.