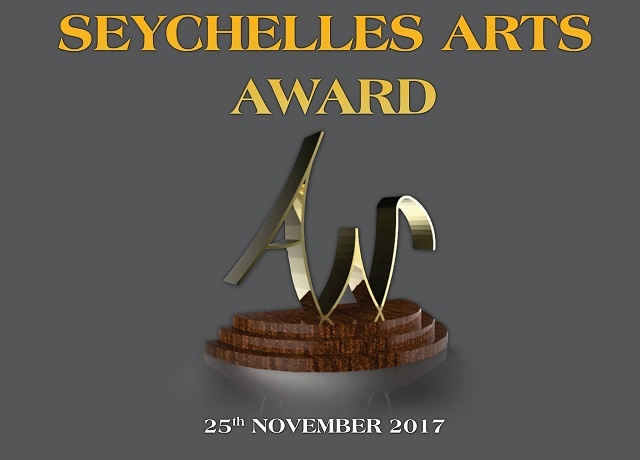 The arts award is not a competition but is held to recognize the contribution of local artists in different forms of art. (Seychelles Arts Awards)

(Seychelles News Agency) - Fourteen awards will be up for grabs during this weekend’s arts award - a prestigious red carpet event - which will be held at the International Conference Centre in the capital city of Victoria, Seychelles.

Awards will be given in nine categories, said John Pool (Etienne), a member of the selection committee on Saturday, Nov. 25th.

Talking to SNA on Monday, Pool said that “all these are awards of merits. We are recognising, appreciating and giving due value to the contributions of men and women in the development of the arts in Seychelles.”

The 45 finalists for the awards were published on Monday. Pool said that around 100 entries were received by the selection committee.

“It was a momentous task to choose the final list. At the end of the day, all of them are strong artists with strength in different domains," Pool said.

He added: “You will see that some artists are finalists in three different categories. It was a tight affair as their scorings were pretty close.”

A winner will be chosen from categories such as music composition, music production, painting, sculpture, literature, film, photography, theatre, fashion, and dance.

Pool said that in addition, there will be special rewards given by the jury. One such special recognition is for traditional music.

“Traditional music is the heartbeat of our nation and often it lays the foundation for all other forms of art. We feel we must reward someone who has made significant contributions. ”

There will also be two special merits for a man and a woman for their contributions in the arts sector. “This life achievement recognition is to say thank you and celebrate their achievements.”

Pool said that a lot of efforts are being put in the preparation of the 2017 art award, which he adds will be a first of its kind. The auspicious event is being held for the first time after 11 years of absence.

“We believe that art is the integrity of our nation and whatever we plan and organise should be of a high standard.”

“We also note that during the time that the awards were not held these artists were still producing, not only in quantity but in terms of quality as well.”

The arts award is not a competition but is held to recognize the contribution of local artists in different forms of art.

This event is expected to be held in the Seychelles - a group of islands in the western Indian Ocean - every two years.

Arts & Culture » Be a reporter: Write and send your article » Subscribe for news alert
Tags: arts award, awards of merits