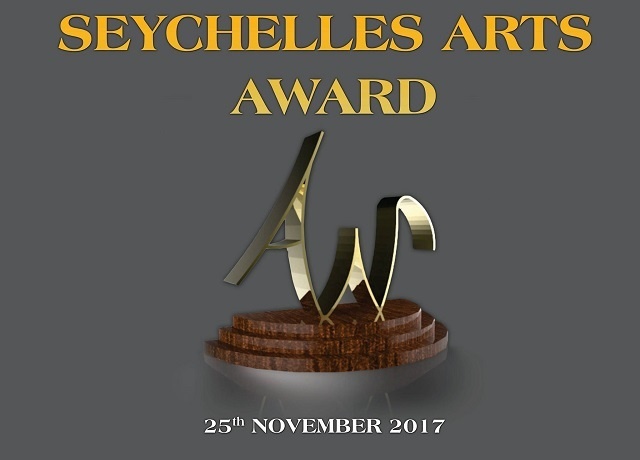 The arts award is not a competition but is held to recognize the contribution of local artists in different forms of art. (Seychelles Arts Award)

(Seychelles News Agency) - After an 11-year absence, the Seychelles Arts Awards returned on Saturday, November 25th. These merit awards were held to recognize the contributions of local artists in varying forms of art in Seychelles, a group of islands in western Indian Ocean.”

The arts awards are expected to be held every two years. This week, SNA brings you the winners of the Seychelles Arts Awards.

Currently the head of the Seychelles school of dance, Rose specialises in ballet, jazz, contemporary and national (traditional) dance. With has 28 years of experience and has trained many students and instructors.

This young entrepreneur has left her mark on the local fashion scene with her outstanding creations, including wedding gowns. During her career, Hoareau has had the opportunity to work with foreign designers. Her creations have also graced international catwalks such as during the New York Fashion Week in 2011.

Clarisse is a talented singer, producer, and TV presenter with the Seychelles Broadcasting Corporation. Clarisse has a Master of Arts in Film and Media production, graduating with honors from New York Film Academy in Los Angeles. His latest success in the film industry was the short film Mon Retour (My Return) produced last year.

Magie Faure-Vidot is a French-language poet who has also published works in English and Creole. Faure-Vidot is a member of the Institut Académique de Paris and the Académie Internationale de Lutèce. She has won numerous prizes over the course of her career, including the Coupe de la Ville de Paris - a Lyre d'honneur.

Jean-Marc Volcy is a composer, performer and songwriter regarded as one of the pioneering musicians to propagate creole music in Seychelles. His repertoire of music is a fusion of modern creole pop with traditional folk music.

Thelemaque has grown up in the music industry, having a father - Cifford Thelemaque - who owned a band. Since 2001, Thelemaque is working professionally - owning his studio – Relations studio. He has worked with many Seychellois musicians such as Elijah, Philippe Toussaint and David Andre.

Mathiot is one of Seychelles’ reputed photographers and artists. He represented the island nation at the “Jeux de la Francophonie” in Nice, France in 2013 and in Leban in 2007.

Having been involved in music for more than 20 years, Sinon considers himself more of a comedian than a musician. He started performing role plays in 1995 by playing in Le Bourgeois Gentilhomme. He is one of the artists performing almost every week end in various activities.

Leon helped to create the Biennale of Contemporary Art in Seychelles in 1988. Since 2003, he has devoted his full attention to his art, as an “artiste-plasticien”. His works use unconventional methods derived from found objects, material and images.

Rath has been on the music scene since his childhood. The 20-year-old is also a prominent artist – with some of his art work being displayed at an exhibition in Luxembourg earlier this year. Also this year in July, Rath represented the Seychelles at the “Jeux de la Francophonie” which was held in Abidjan.

Seychellois veteran singer Wirtz was the recipient of the Caribbean Music Award in December 2017. Wirtz and his band Les Boys have been active on the local scene since the 1960s. His hits are still popular tunes on the island nation radio. With the festive season around the corner some of Wirtz's songs will be popular on the airwaves.

Marie-Therese Choppy is considered one of the pioneers in the promotion of the Creole language in the country. Choppy has had a career in the education sector, retiring after 47 years of service. Choppy dedicated her life to cultural development and is the author of story books and dramas. Her master piece is the theatre “Bolot Feray”.