Comesa commenced investigations on alleged anti-competitive agreements between the “CAF” and its various stakeholders. 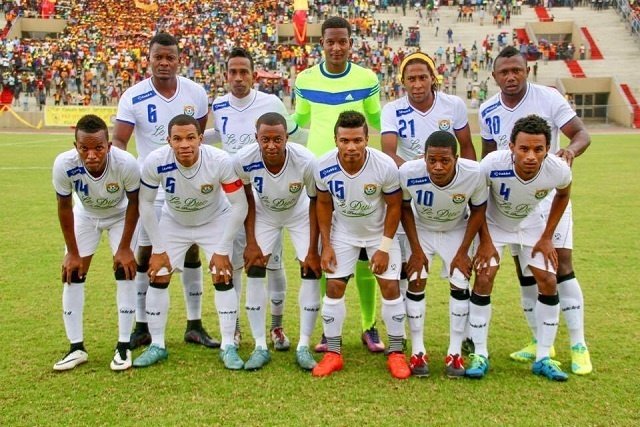 The Commission hereby wishes to inform the general public that it has reached an advanced stage in its assessment of these agreements.

Following consultations with various stakeholders and football administrators at national level, the Commission’s assessment has identified a number of concerns arising from clauses contained in those agreements, which could affect competition in the relevant markets for all nineteen Member States of COMESA. It is recalled that Article 16 of the COMESA Competition Regulations (the “Regulations”) prohibits all agreements between undertakings which may affect trade between Member States and have as their object or effect the restriction, prevention or distortion of competition in the Common Market.

Among the key concerns identified by the stakeholders are:

I. In relation to agreements relating to the award of commercialisation rights, a. The duration of the exclusive agreements entered into between CAF and Lagardere Sports S.A.S:

iii. The agreements between CAF and Lagardere Sports S.A.S covered a combined potential period of 28 years, which is likely to lead to the anticompetitive foreclosure of competitors in the market.

b. The inclusion of first right of refusal clauses:

i. It was observed that the contracts were renewed as a result of ‘Right of First Refusal’ clauses contained in the agreements, which prevent CAF from seeking out other offers before renewal discussions with the current stakeholder has ended. These clauses further lengthen the duration of the exclusive contracts and in the process inhibit the competitive process by dampening the demand from actual and potential competitors, making it more difficult for new players to enter the market, or for existing operators to expand their current commercial activities.

ii. Such provisions deny CAF the opportunity to assess other market offers, which could result in better terms and conditions for CAF, its stakeholders and ultimately for the consumers.

II. In relation to agreements relating to the award of media and marketing rights:

a. The Commission observed that agreements entered into by CAF with various broadcasters and sponsors similarly covered long periods of time (up to 8 years in some instances) and contained right of first refusal clauses, which could affect the ability of other players to compete for the rights. International case law relating to sports media and marketing rights have recommended that contracts should not exceed period of four years in order to allow market participants to compete for the rights.

b. In relation to agreements relating to the award of media rights, stakeholders interviewed by the Commission raised concerns that the media rights for CAF competitions were offered as one package, which made the package too expensive and resulted in a number of broadcasters not being able to broadcast the CAF competitions.

The Commission heard from the stakeholders that smaller packages dedicated for instance to radio rights; live transmissions; or delayed transmissions, would be more affordable and hence would result in a larger coverage of the CAF games.

The Commission is further concerned by the general lack of tender procedures within the CAF organization in the award of the various rights to market players. It is recognized international practice that the conduct of transparent and competitive tender processes gives the tendering organization the opportunity to select the best offer based on competitive elements such as price and quality of service, for the ultimate benefits of consumers.

Where the Commission has identified competition concerns, it can recommend to the Board of Commissioners, which is the decision-making body of the Commission, to make the necessary orders to remedy the situation.

The Commission has traditionally favoured a consultative approach with parties in remedying a competition harm in order to minimize disruptions to the market. In this regard, on 20th October 2017, the Commission held a meeting with the President of CAF, Mr. Ahmad, and their legal representatives, where the above matters, among others, were discussed.

In accordance with the principles of natural justice, the Commission has made available to CAF a report setting out the key offending clauses which were identified during the course of the investigation, together with proposed remedies to address the competition harm, in order to allow CAF to submit its views. In view of the statutory period within which an investigation must be concluded, the Commission wishes to inform all interested stakeholders that, in accordance with Article 15 of the Regulations, it shall soon submit its findings and proposed remedies to the Board of Commissioners for their determination.

The Commission wishes to invite stakeholders who may have submissions regarding the matter to do so before the findings and proposed remedies are submitted to the Board for determination.