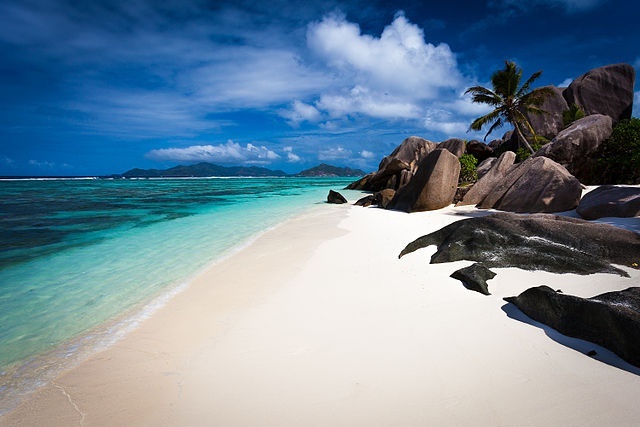 The ministry of Tourism noticed an increase in the number of establishments being listed on reservation websites such as Airbnb that do not appear on licensed lists of tourism establishments. (Wikipedia) Photo License: CC-BY-SA-4.0

(Seychelles News Agency) - The Ministry of Tourism on Tuesday begins stepping up measures to deal with unlicensed tourism establishments in Seychelles, businesses that the minister says are not meeting the country’s standards.

Maurice Loustau-Lalanne made the statement to the press on Monday after the ministry noticed an increase in the number of establishments being listed on reservation websites such as Airbnb that do not appear on licensed lists of tourism establishments.

“Our researches show that there are over 200 establishments operating without a license on Mahe, Praslin and La Digue,” said Loustau-Lalanne, adding that the government might be losing millions of rupees in terms of tax not collected.

Data collected by the Department of Immigration at the Seychelles’ international airport show that every week there are two to five cases of tourists coming into the country listing illegal establishments as their places of residence.

Tourists found to be heading to an unlicensed accommodation will be redirected to a licensed one with the assistance of the tourism bureau at the airport.

Seychelles, an archipelago of 115 islands in the western Indian Ocean, relies heavily on tourism which is the top pillar of the country’s economy.

The operators of non-licensed establishments have been given until March 12, 2018, to register their business as per the legal requirements. During this three months period, a team comprising of the police, licensing and the Department of Tourism will visit these establishments. All relevant authorities involved will be equipped with a master-list of all illegal establishments.

“If upon such visits we meet tourists, they will be questioned with the aim of gathering information,” said Loustau-Lalanne.

The minister added that owners of non-licensed establishment can liaise with the Department of Tourism by calling (+248) 4286500, where they will be guided as to how to make their businesses legal.

The director of the standards and monitoring sector in the Department of Tourism, Louis Desnousse, said that one of the main criteria that they look at is the land use of the area where the establishment is situated.

“If the establishment is in a high-density residential area, obviously there will be social problems and thus tourist cannot reside in such areas. Moreover, each room within the establishment has a size-criterion that they have to meet,” said Desnousse.

To register for a license the relevant authorities said that there is a minimal fee to be paid.

The minister added that “if they chose to remain illegal, they will be dealt with accordingly. [If found guilty] you can be fined up to $3,590 and the judge can send you to prison for 5 years.”

The minister added that illegal activities within the tourism industry are not limited to non-licensed accommodation. As of next year, they will start looking into illegal boat and yacht operators bringing tourists on excursions.

Tourism » Be a reporter: Write and send your article » Subscribe for news alert
Tags: Department of Immigration, Department of Tourism, Airbnb