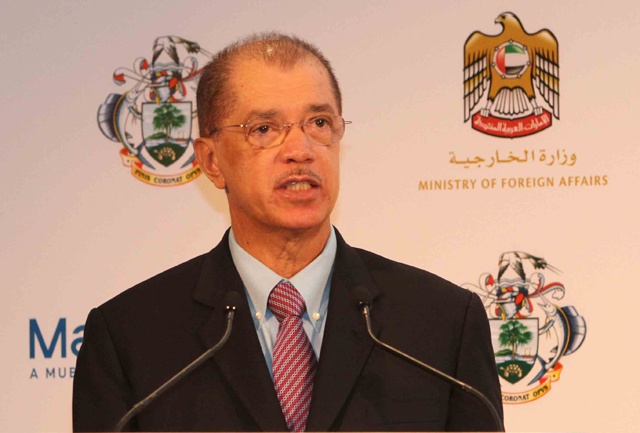 (Seychelles News Agency) - Seychelles President James Michel has said economic activity surrounding the oceans needs to benefit the people of coastal and small island states, warning that the current situation is not acceptable, at a summit held in Abu Dhabi today.

“We cannot consider that it is sustainable for certain large industrial fishing fleets to exploit the resources of one sea to the point of exhaustion and then simply move on to other areas. Inclusion, ownership and empowerment of coastal populations are core elements of implementing the Blue Economy.”

In a speech to open the Blue Economy summit, co-hosted by Seychelles and the UAE, Michel called on the international community to integrate the blue economy concept in sustainable development, stating "the importance of the Blue Economy to humankind cannot be underestimated: over 70% of our planet is covered by ocean; 90% of the world’s trade in goods is conducted by sea. Oceans transcend states. They connect us all to each other. And we must harness these connections for development, not just enrichment."

Michel was supported by the President of the 69th Session on the UN General Assembly Dr.John Ashe, who commended Seychelles as 'a proud small island state, for its leadership in keeping the issue of the blue economy at the forefront of our attention during the preparatory process of the Third International Small Island Developing States Conference, to be held this September in Apia, Samoa.'

He added that SIDS have 'a special appreciation of seas and oceans.' 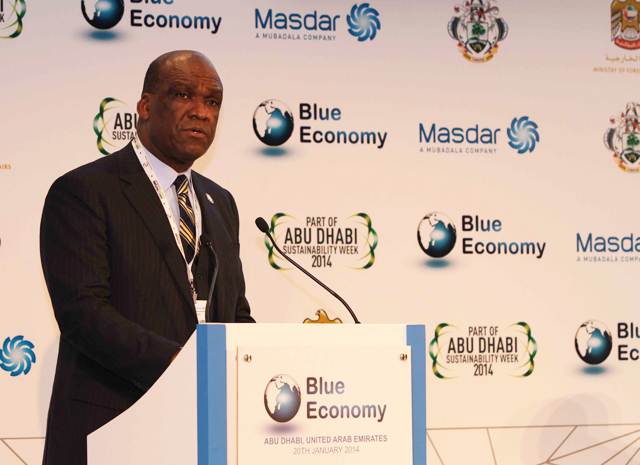 "They define a way of life. The seas and oceans surround them. The inhabitants of SIDS have experienced the delicate flavour of fresh caught fish, and have seen the beauty of the full moon sparkling on the sea at night and more recently have begun experienced firsthand the ravages of the impacts of climate change, the coastal inundation and the destruction of coastlines and the habitats of marine life. SIDS know first-hand the adverse impacts on the way of life of their people, and in some cases how their geo-physical existence is at stake," said Ashe.

“Deploying renewable energy projects, especially across small island states, is a necessary strategy to mitigating the effects of climate change. But most importantly, such projects help redirect fuel savings into protecting the ocean economy. As host country of the International Renewable Energy Agency, we are pleased to work with IRENA on a $350 million concessional loan program for renewable energy in developing countries," he said. 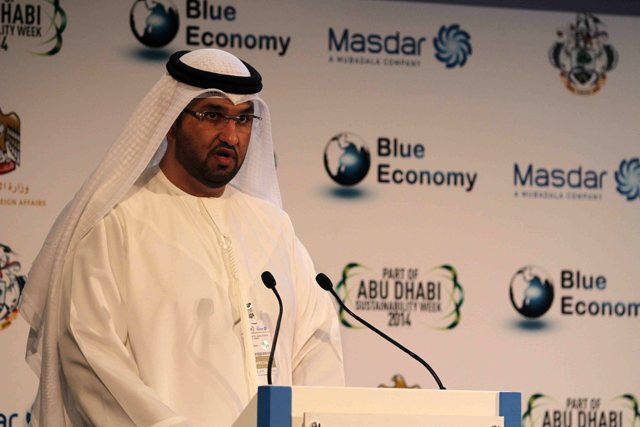 The high level meetings is part of Abu Dhabi Sustainability Week, one of the largest international gatherings on sustainability, where more than 30,000 participants discuss environmental and development concerns and solutions. 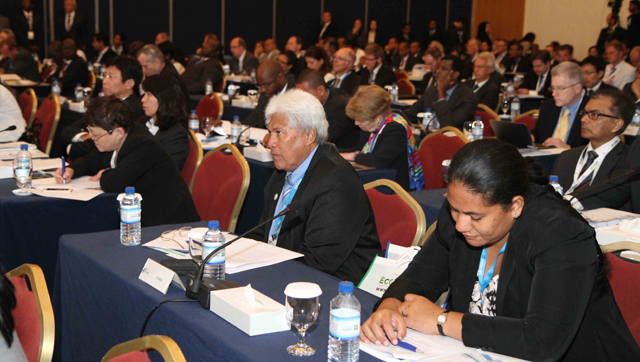