Teams in Seychelles preparing for the Confederation of African Football 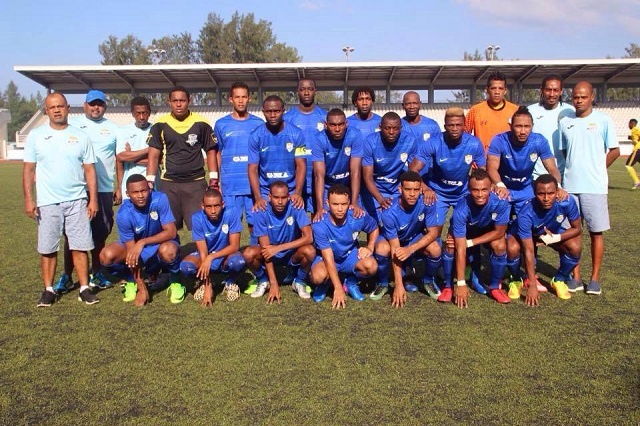 (Seychelles News Agency) - St. Louis football club of Seychelles gets back in the Confederation of African Football (CAF) competition in February against a team from Tanzania after an absence of more than two decades.

The team based in the central district of St. Louis qualified for the competition after winning the First Division league title in November and will be facing one of the biggest teams in Tanzanian football from the country’s largest city, Dar es Salaam.

Manager Davis Khan said that the Tanzanian team has more experience in high-level competition than St. Louis but the local side is still going to give its best.

The Seychelles club will also be facing the eastern African club in February when the local football season is still closed.

“Playing in offseason has always put Seychelles’ teams at a disadvantage and more so for us against a Tanzanian team which is currently still playing and has been winning important matches,’ said Khan.

St. Louis is facing yet another challenge -- that of recruiting a new coach after the resignation of Nigel Freminot.

“When coach Nigel resigned it was a big blow for us because we have to look for another coach who will have very little time to adapt to the players. We are trying to have someone as soon as possible,” added Khan.

The club is still in training nevertheless twice a week and will increase the frequency early January.

The 2018 Champions League will begin on the weekend of February 9-11 with the two-leg final set for November.

A change in the calendar for the Confederation of African Football means that the next Champions League will begin in December 2018 and run through to May 2019.

The other Seychelles football club playing in the CAF competition is Anse Reunion after being runners-up in the Federation Cup final and will be facing APR from Rwanda in the Confederation Cup.

Head coach Ted Esther said his team is hoping to make a good performance in their opening match.

“We want to put up a good performance in our first match so that when we play at home we have a fifty percent chance of progressing to the next round,” said Esther.

Esther said that the closed season will also impact negatively on Anse Reunion especially as they are based on La Digue, the third most populated of Seychelles, an archipelago in the western Indian Ocean.

“It’s a big disadvantage as we have to bring back in training the players just after the festivities and with only six weeks before the competition,” said Esther.

He added that the biggest obstacle is getting match practice as most of the teams in the major football competitions in Seychelles are based on the main island of Mahe.

The Anse Reunion coach said although the competition will be tough, he hopes his players give their best.

“We know it will be tough to progress to the next round but if we play well in the first match anything is possible,” he said.

The first round of the Confederation Cup will take place on February 9-11 with the aggregate winners progressing to March's second round.

Both Seychelles teams play their first match away in the weekend 9-11 and at home February 16-18.