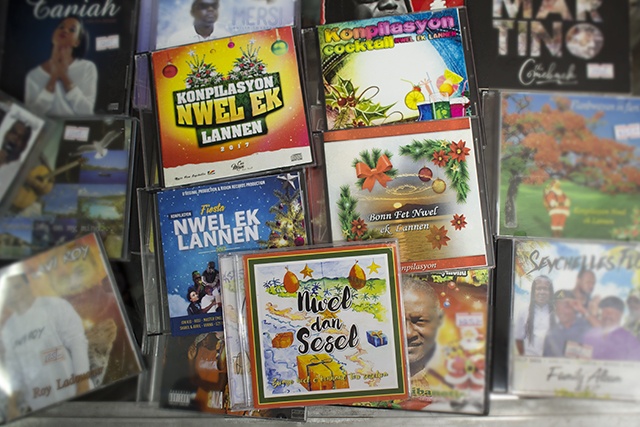 (Seychelles News Agency) - Christians in Seychelles will join the rest of the world in celebrating Christmas on December 25. It is a time to be merry and bright and to bring on the Christmas cheer in the island nation. Local artists are getting in on the festive mood, too, with several having released festive season albums this year.

This is an album from veteran artist Peter Jules with 13 new tracks for the festive season. The album is being sold in the capital, Victoria, at ex-Kot Do shop at SCR 125 ($9.30) and SCR 100 ($7.40) if bought from the artist himself. So far none of the songs are being played on the local radio airwaves.

Regi’s album is being sold at Tanmi shop and ex-Kot Do with 16 new tracks at SCR 125 with the artist and SCR150 in the shops.  The song ‘tousel ankor’ (alone again) is being played on local radio stations.

Cusman: Compilation of songs of Christmas and New Year

Aside from Cusman, the album include tracks from several well known local artists like Travis, Extra Big, Lana among others and a group from Rodigue, an island of Mauritius in the Indian Ocean. It’s being sold at SCR 150 in the shops in Victoria and 100 if you buy with the artist. Three of the 12 songs are being played on local radio ‘Tousel’ (alone) from Thina, a remix from Ti Garry and ‘lannen tousel’ (Alone at New year) by Travis. ‘

This is a 12-track album from another Seychellois veteran artist. The album is being sold at SCR125 in the Seychelles’ capital.