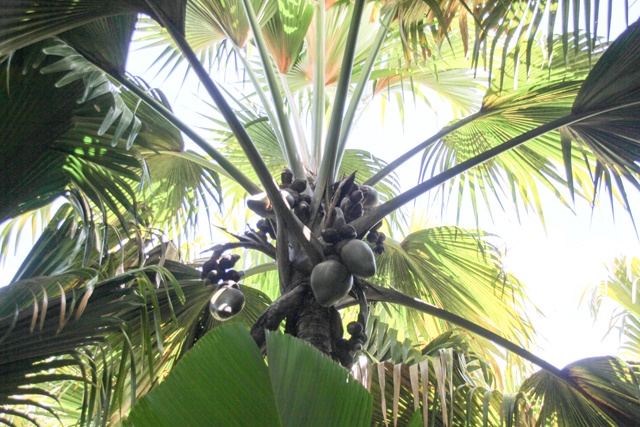 (Seychelles News Agency) - Seychelles’ Aldabra and Vallee de Mai conservation outlooks have been deemed ‘good with some concerns’ by the International Union for Conservation of Nature (IUCN) in one of their reports published late last year.

Released during the United Nation climate change conference that took place in Bonn, Germany, the IUCN World Heritage Outlook 2 report evaluated all 241 natural UNESCO World Heritage sites. Their threats, management and the status of the features that led to their inscription were examined.

‘Good with some concern’ is considered to be the second-highest optimistic category with ‘good’ being the highest. It indicates that the sites’ values are in good condition and are likely to be maintained in the long term, provided that minor additional conservation measures are put in place to address existing concerns.

On Aldabra, one of the world’s largest atolls, the overall threats have been found to be high as “current and future potential climate variability and severe weather events are now becoming the biggest threat to the atoll's ecosystem and species.”

As to the protection and management of the site, it has been found to be highly effective. The report states that the “Seychelles Islands Foundation's (SIF) management of Aldabra is extremely professional. Despite the atoll's remote location, the site is well protected, legally and in practice.”

Among 107 sites on the ‘good with some concern’ list, the current state and trends of values of Vallee De Mai, a protected reserve, are seen as stable. Located on Praslin, the second-largest island of Seychelles, Vallee de Mai’s overall threats include the “illegal and unsustainable collection’’ of the coco de mer nuts, the biggest in the world.

“Although the site's management SIF has implemented a coco de mer regeneration scheme, the scheme cannot be promoted openly to better engage staff due to the risk of poaching,” read the report.

The protection and management of the reserve have been deemed effective with the site’s key values being “sufficient to maintain a stable conservation trend.”

The report further added that “the levels of coco de mer commercial harvesting have been reduced, but the conservation impacts need to be assessed. Management’s responses to address the illegal collection of nuts appear to have had a positive effect, but a thorough assessment is required.”

The outlook report is updated every three years and the next one will be issued in 2020. Compared to the report of 2014, it has been found that “climate change is the fastest growing threat to natural World Heritage.”

Compared to the previous report, it has been found that there has been a decrease in the number of sites assessed as ‘critical’ – the lowest of the four rating categories.