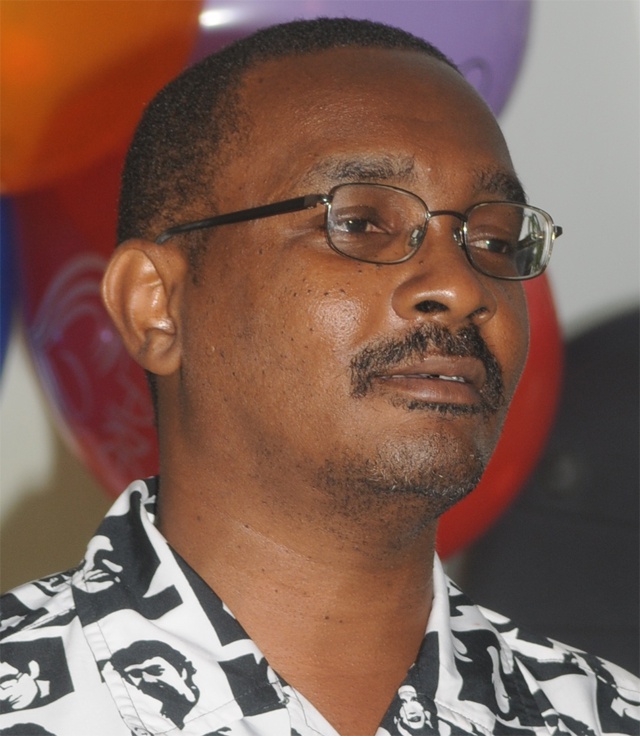 (Seychelles News Agency) - Yesterday, the Seychelles joined the rest of the world to commemorate the International Day against Drug Abuse and Illicit Trafficking.

‘Make Health Your New High In Life Not Drugs’ is the theme that had been chosen as people were called to reflect on the negative and destructive effects that drugs can have on their lives.

In 2012 the Seychelles Ministry of health started offering Detox services and in 2013 Wellness Centre located in the Southern part of the main island of Mahé opened its doors to offer help and treatment to addicts.

In her message for the International Day against Drug Abuse and Illicit Trafficking, the Seychelles Health Minister, Mitcy Larue, noted that since then 452 men and women aged between 15 up to 65 years have sought treatment so as to overcome their addiction to such substances such as heroin.

“Many of those have relapsed and the demand for treatment and rehabilitation services has increased. We also have several who have been overcome by their addiction and have either succumbed or are disabled.”

Statistics recently published in a report indicate that the use of heroin is becoming a major concern in the Seychelles - a group of 115 islands in the Indian Ocean with a population of only around 90,000 people.

Figures released in the study carried out by the Seychelles Ministry of Health on drug users in 2011 show that injected drugs is being practiced by some 1000 heroin drug users in the country.

These statistics have also been published in a 2013 global report by the United Nations which states that Seychelles has one of the highest index of intravenous drug users.

In February this year, the Deputy Chief of the National Drug Enforcement Agency (NDEA), the Seychelles' national anti-drug agency, Liam Quinn has said that these figures are different today.

According to Quinn, the number of intravenous drug users in Seychelles has decreased to 600 addicts.

It is estimated that around 200 million people worldwide take drugs at least once a year of which 25 million are regarded as drug dependent.

And around 200 000 people die annually from drug related illnesses.

According to the Seychelles Ministry of Health, drug use in Seychelles is “causing significant health and Social challenges.”

SNA spoke to Benjamin Vel, a psychologist and former Director of the Seychelles Drug and Alcohol Council (DAC) to get his views on the drug situation in Seychelles.

SNA : Mr Vel, why does the Seychelles have a high index of intravenous drug users ?

BV: Firstly, we have to understand a few realities and why this is happening in our country. The use of cannabis is user driven whilst heroin is more supply driven.

At the beginning of this social ill, heroin was mixed with cigarette and smoked or the heroin powder was heated up on foil paper or a piece of glass pane and sniffed.

However, whenever the quality of the heroin is weak or when a heroin drug user became dependent on the drug, the crave becomes stronger and the drug user opts for intravenous drug usage to get a more rapid and direct "kick".

Thus, either the heroin available in Seychelles is of very low and of bad quality or the drug users have been addicts for many years (meaning they started using between the age of 11 and 12 years) and are entirely dependent on drugs today. Smoking or sniffing is no longer appealing to them thus they turn to intravenous usage of heroin.

I am more of the view of the first theory I mentioned. But you have to verify with the NDEA with regards to the composition of the heroin drug seized during their search and raids. The heroin substance could well be less than 5%.

Today we are seeing an acute increase of heroin drug users in Seychelles which unfortunately is a personal danger for the user as this can cause an overdose and lead to death.

On the psychological and social level, the principal causes are social pressure whereby young Seychellois boys can be very weak and cannot stand their ground when faced with peer pressure, a lack of ambition created by a combination of the schooling system, family and social environments which are not geared towards work and reward, but instead an unhealthy focus to mediocrity in school work, the arts, music and sports. In Seychelles we have a tendency to reward mediocrity instead of aiming for excellence. Furthermore, the family structure is very weak in Seychelles. The mother is often raising the children alone, along with a series of dubious step fathers, where the children are often left to themselves and are alone in the house.

SNA : How come within a period of five years there has been an alarming increase in drug users in Seychelles ?

BV : Very simple reply, because Seychelles is a small island state. If a drug trafficker or drug user succeeds in getting hold of three persons to consume drugs, this is already a large number of drug users for a small population of 90,000 people.

This also confirms the fact that the drug traffickers and drug users are becoming more and more audacious to show off the macho aspect in them and at the same time boasting that to be a man, one must be cool and consume drugs as they find this fun and entertaining. According to them, those who do not take drugs are considered as idiots.

Another factor is adolescents who believe that they are not vulnerable and will never become addicted to drugs and will never face similar problems like their drug user friends.

SNA : Do you think that the voluntary drug rehabilitation programme on the remote Coetivy Island , some 290 km south of Mahé Island in the Indian Ocean, will be successful in reducing the number of drug users?

BV: I think this drug rehabilitation programme on Coetivy Island will work. But there should be a follow-up programme for these young drug users upon their return to Mahé. As the days go by, they will have the tendency to go back to their previous vices.

Getting rid of drug abuse permanently is the most important factor in a drug rehabilitation programme.

There must be a commitment to ensure that these returning drug users are physically stable and then there is the psychological and social aspects which are more difficult and delicate to administer in a drug rehabilitation programme.

SNA : Will such an approach see a reduction in the consumption and dependence on drugs?

BV: Methadone as a substitution for heroin is aimed at reducing the withdrawal symptoms (like diarrhea, cramps, severe pain, vomiting and the extreme urge to consume drugs.)

Therefore methadone allows a drug user to reduce his or her dependence, if they seriously follow the treatment.

However, methadone is not effective as a treatment for detoxification but unfortunately it is being used for that purpose at the Wellness Centre at Anse Royale, located in the south of the main Seychelles island of Mahé, some 30 driving km from the capital, Victoria.

It should be considered, to use methadone as a substitution treatment over a long term period meaning for more than 5 years to 10 years or in some cases for life.

SNA: What are the strengths and weaknesses for such a drug rehabilitation programme in Seychelles?

BV: Weaknesses - There is a lack of drug rehabilitation programmes at the beginning of the methadone treatment for drug users. There is also a lack of psychological and social support from families (such support is considered superficial and is limited to financial help only), refusal on the part of the drug addicts to pursue their treatment by going through a rehabilitation programme, as they believe to have been cured by methadone.

The Interview » Be a reporter: Write and send your article » Subscribe for news alert
Tags: drugs, heroin, methadone, Benjamin Vel