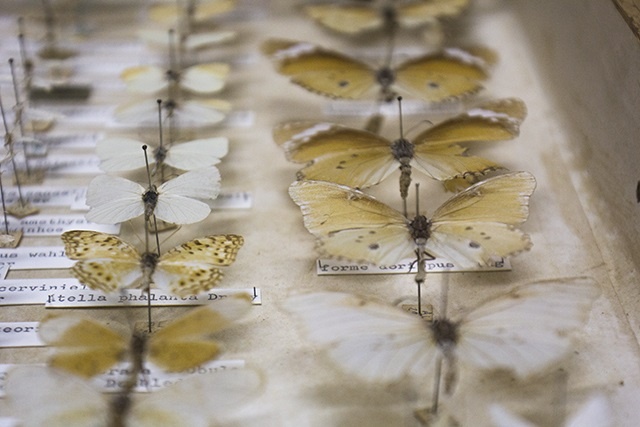 (Seychelles News Agency) - Seychelles -- a group of 115 islands in the western Indian Ocean -- is often considered a paradise. These beautiful islands are also home to some of the world’s most unique and beautiful creatures.

This week SNA brings you a Buzz featuring three butterflies endemic to the islands of Seychelles, where these animals of soft flight can make a beautiful beach sunset even more breathtaking.

The Seychelles crow is a species of nymphalid butterfly. The Nymphalidae are the largest family of butterflies with about 6,000 species distributed all over the world. First discovered in 1857, it is found only on the main island of Mahé and on Silhouette – the third-biggest island of the archipelago, where its conservation status is classed as endangered.

The phalanta philiberti is also a member of the Nymphalidae family also unique to Seychelles. This species was discovered in 1893 but has not been collected by scientists since 1953. The specimens were found on Aldabra – a UNESCO world heritage site - and on Mahé. The species found in the Indian Ocean is distinguished by its distinct row of spots, which its close relatives from the Malay Peninsula do not have.

Belenois aldabrensis is a butterfly in the family Pieridae.  The Pieridae are a large family of butterflies with about 76 groups containing about 1,100 species. These species are found mostly in tropical Africa and tropical Asia with some varieties in the northern regions of North America.  Most pierid butterflies are white, yellow, or orange in coloration, often with black spots. Identified in 1896, the belenois aldabrensis is found on Aldabra. The Seychelles Islands Foundation manages Aldabra, an atoll which is also a Special Nature Reserve and UNESCO’s World Heritage site.