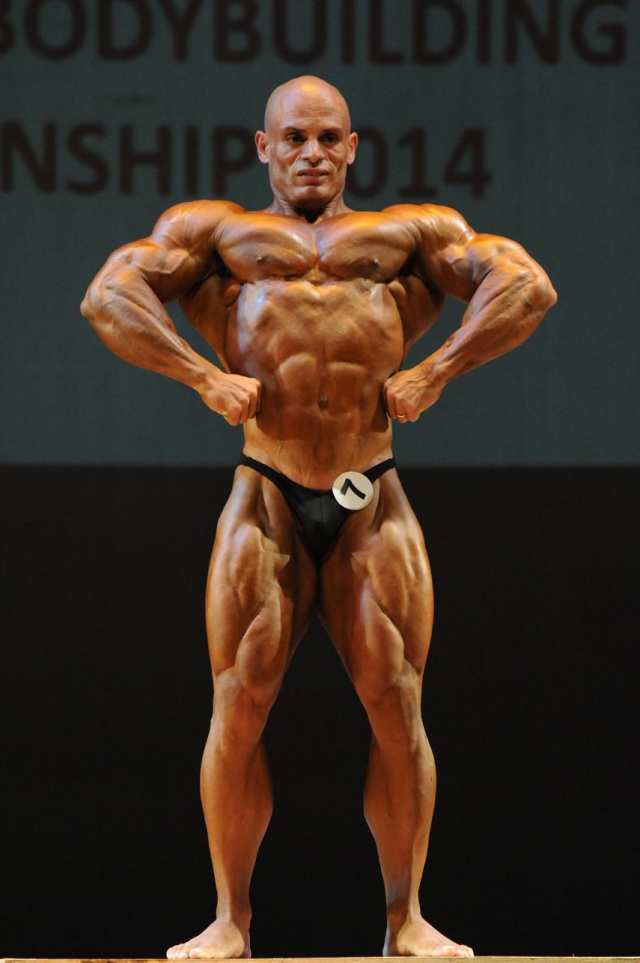 (Seychelles News Agency) - The saying "after the storm comes the sunshine" could well define  the sport of bodybuilding in Seychelles after its first competition held successfully last night at the International Conference Center.

Some eight well prepared bodybuilders took to the stage in the Seychelles Bodybuilding Championship organized by the new association under the guidance of former bodybuilder Regis Delorie and they thrilled the decent crowd who came down to show support to the athletes.

Two times Mr. Seychelles winner Ziad Mechdachi was no doubt the hot favorite in the senior category specially after his success late last year in the My Olympia Amateur championship in Bahrain where he finished fourth, but there were also some good shows from his three rivals  in the senior category mainly seasoned bodybuilder Joe Gabriel, veteran Joelen Valentin and debutant Andy Anthony.

After a few years of turbulence and controversies surrounding bodybuilding, it seems that unity is back in the sport after the election of a new executive committee and now all bodybuilders fall under one body and as its New Chairman Regis Delorie puts it " the storm is over now is the time for our bodybuilders to gain back the trust and support of the fans" .

Over a hundred bodybuilding enthusiasts, sponsors came down at ICCS and once the show started there was no doubt who would be the clear winner. Ziad, 34,  who trains at the Animal Kingdom Gym in the Seychelle capital Victoruia, was a class above the other participants in all aspects. The confident Ziad who has been training extensively over the past few months easily won the senior category, going home with ten thousand rupees, a trophy, gift vouchers mainly a carton of TIPCO juice, medals, and bodybuilding nutrients and other gifts.

"I’m very satisfied with the organization of the event, and I've been working very hard for this title even if i had to fight against only three competitors from the senior category. To be frank the prizes I've won tonight are much more than what I received after winning last year's Mr. Seychelles title and this shows the new association is committed to bring  the sport back to its level . As for me I have improved since my last competition in Bahrain . My target for this year is to do better at the Mr. Olympia Amateur as I'm not satisfied with my fourth position i gained last year" said Ziad.

There was also tough competition in the junior category and again four bodybuilders were contesting for the prizes.

In the end Praslinois Vicomte Laboudallon came out as the champion winning 5000 rupees and other prizes.

Police officer Rudy Michel finished in second position and the third prize  went to Alexei Balabanov a young athlete still a student at the International school.

During the event the organizers also paid tribute to the late Mathiew Suzette, the young bodybuilder who passed away recently. There was a minute silence and a video of his time in the sport.

Overall the head of the sport here Regis Delorie was very happy with the outcome even though his wish was to see more bodybuilders competing.

" I know for sure that for our next event we will see many more bodybuilders on stage, i would also like to express gratitude to the sponsors who have come back in full force to back the sport of bodybuilding in Seychelles," he said.

And for sure after last night's event one could only say that yes Seychelles bodybuilding is back, and so are the fans and sponsors. 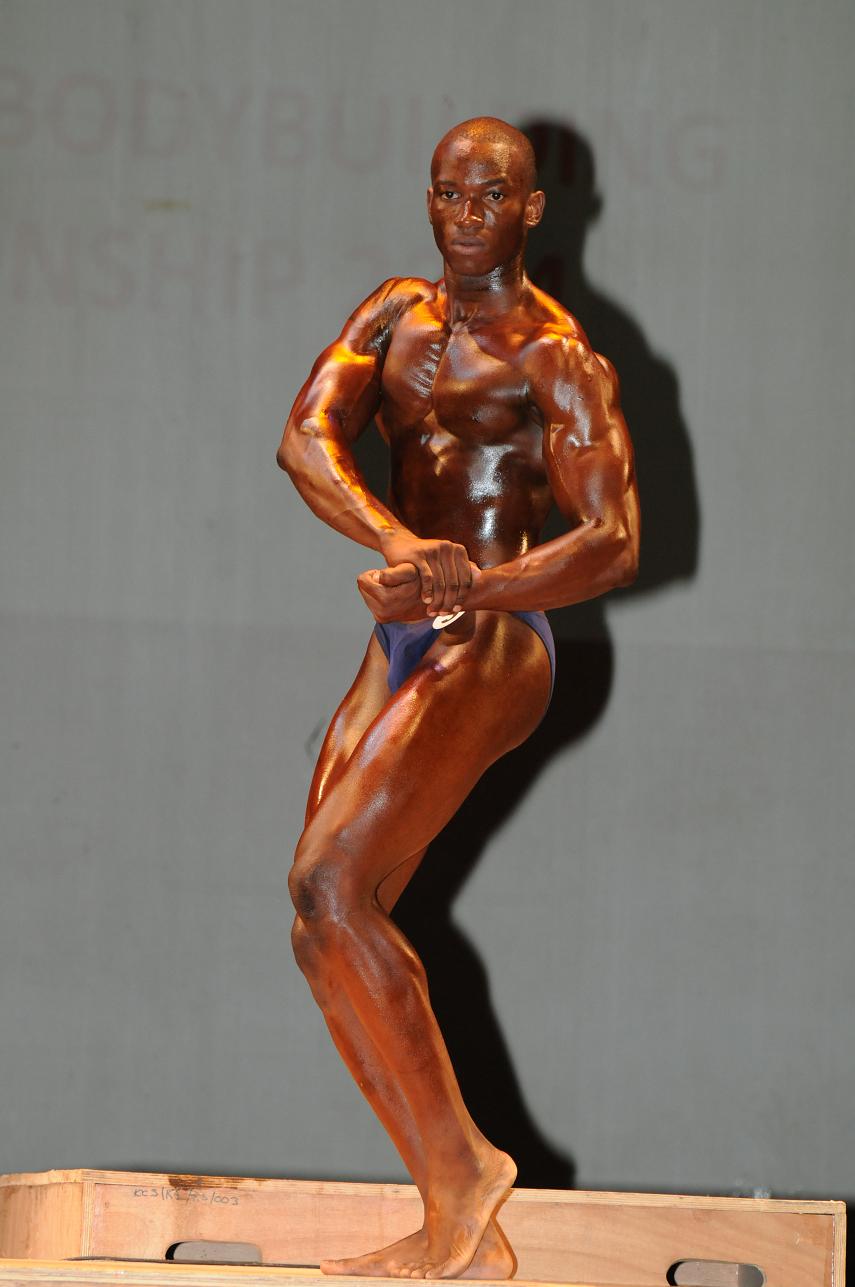 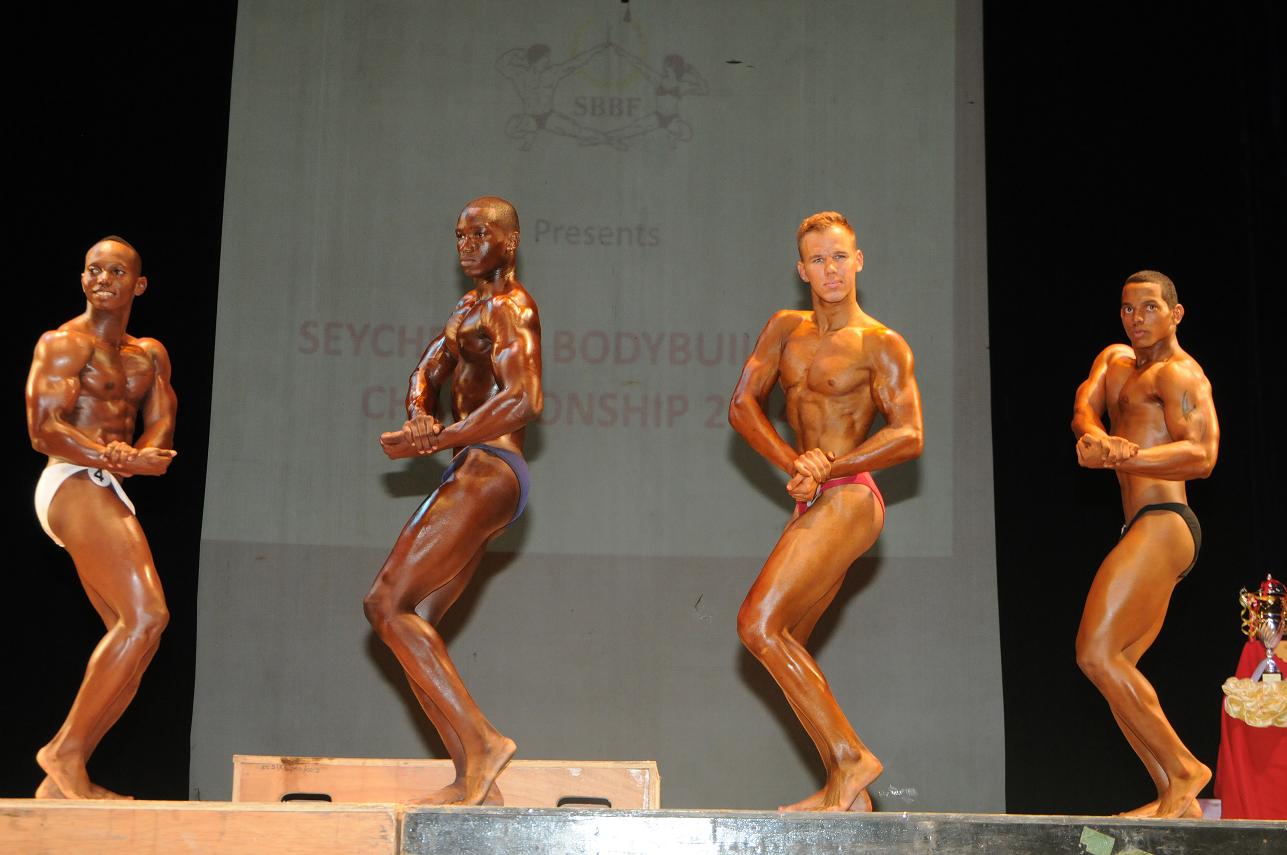 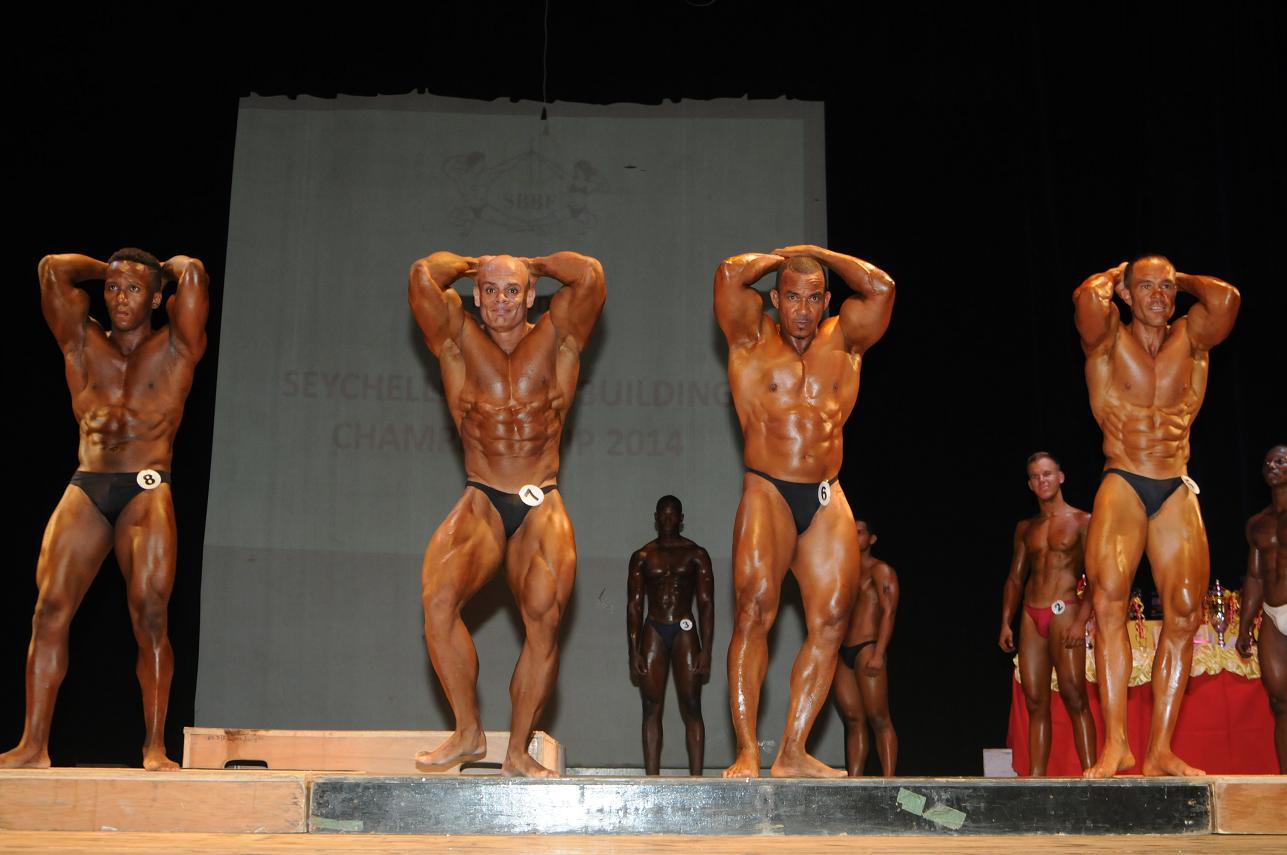