6 cool animals to hunt for while hiking Seychelles' highest peak 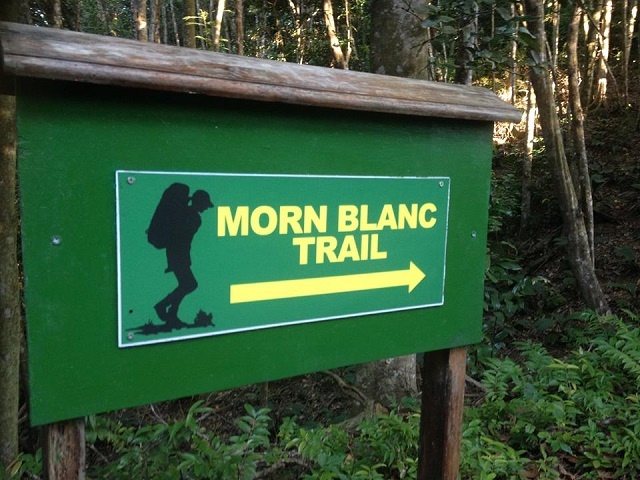 (Seychelles News Agency) - The islands of Seychelles in the western Indian Ocean are popular for their tropical beauty. While many visitors enjoy the sun and powder-white sandy beaches, the more adventurous prefer discovering the environment and wilder side of the islands.

There are around 15 nature trails in the island nation, but one is more distinct than the others -- the Morne Blanc Nature trail -- which starts from the highest peak of Morne Seychellois (905m) on the western side of Mahe, the main island.

If you are a fauna enthusiast, SNA recommends these five things to look out for while trekking up the trail.

This frog is smaller than an SCR25 cent coin and is considered the world’s tiniest at about 1 cm. It surprisingly gives a loud ‘peep’ sound and finding one means you have an eagle eye.

Twig-like in appearance, it is popularly known locally as a species which dance whenever it hears a clapping sound. It can be found anywhere along the trail. Hikers have to be paying close attention to see this insect, which is usually camouflaged with the tree that it rests upon.

This land-snail is endangered by habitat loss due to invasive alien species such cinnamon tree and small-scale farming. In 2005 the total population was estimated at 8,000 adults. Hikers are advised to watch their step as they are small enough to be easily squashed under your feet.

Named after the French explorer Jean-Jacques Dussumier, this bird is native to the Seychelles, where it is locally known as kolibri. Although the sunbird has a limited range, it is described as common and has a stable population, so the International Union for Conservation of Nature (IUCN) has rated its conservation status as being of least concern.

It is a common bird endemic to Seychelles, breeding on Mahé, Praslin, La Digue and Silhouette as well as some smaller islands. Through the mists of the trail, there are no difficulties finding this bird, as it can be seen swirling below and above you.

The Seychelles scops owl, also known as bare-legged scops owl or syer in Creole is a rare species. It is a brown-chestnut coloured and nocturnal bird so not easily seen. The Seychelles scops owl can be spotted by its call which sounds like a rasping noise like a big saw with various "tok tok" which can be heard from a far distance and in particular in the darkness.