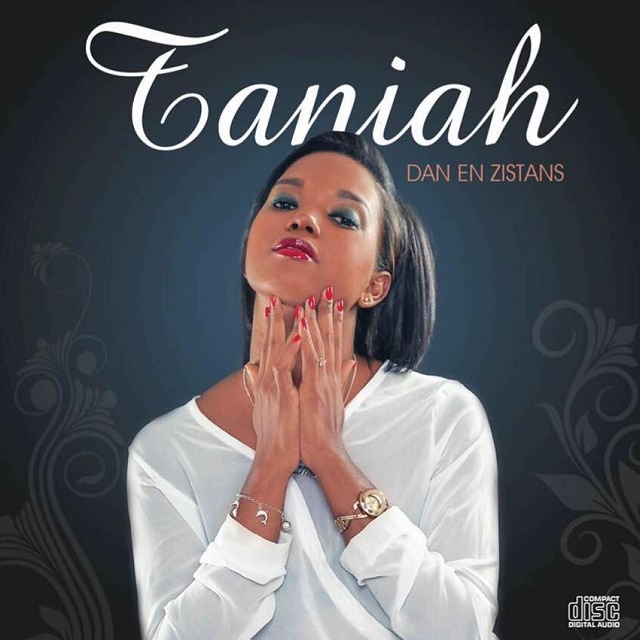 Taniah believes if we as Seychellois artists want to go further with music we have to step out of the box. (Taniah)

Jeremie started her singing career at the age of seven when her mother encouraged her to participate in the ‘Twinkle, Twinkle Little Star’, an annual children’s talent show hosted by local music teacher Bennet Accouche.

Hailing from Plaisance, a central Mahe district, Jeremie says that aside from music she also passionate about animals.

SNA caught up with Jeremie, who is currently studying for a degree in marketing in Malaysia, to talk about her music and award.

SNA: What do you think has been the reason behind you winning the best Female Artist for the Cable Tune Award?

TJ: They say if you want to achieve great things you have to be determined and that’s what I did. After being in the music career for almost 8 years and getting good feedback for my first hit single ‘Lanmour Enposib’ written by Daniel Vadivello, I figured why not work on my own album? I approached my producer, Dareal Thing, and we started working on the album ‘Dan en zistans which was not easy as I was also studying at that time. I had to use my holidays to finish the work. I am positive that this is the main reason why I won these awards. My work has been recognized. My fans have spoken through their votes and it counted.

SNA: Is this the first time you win the Cable Tune Awards?

TJ: This is definitely not my first time winning awards. I won best video clips award for the year 2014 and also best female award for the year 2015 in both Cable Tunes and Airtel Music Award. It came as a surprise when I received five awards this year. It is said to be a record.  I am very proud of myself. I wish to dedicate this award to my fans who voted.

SNA: Do you write your own music and what genre do you prefer?

TJ: I do not write all of my music, but I do plan on making that a goal for my next album. I get help from several other local artists that I have worked with in the music industry. Internationally, I prefer soul music, but locally reggae music. Some say it is what I am recognised for in Seychelles but a little bit of change never kills anyone. This is why in my recent album, I added some dancehall tracks.

SNA: Where do you get the inspiration for your music?

TJ: I never wanted to be like any other artist. I believe different is better, uniqueness is the key. I can say that I draw a bit of my inspiration from one international artist -- Whitney Houston. She had the most amazing soul voice. It was so sad when she died.

SNA: Tell us about your album 'Dan En Zistans.’

TJ: My latest album sold out quickly so I can say that it made quite a great impact on my fans. The song ‘Lopinyon’ which won best single song award was one I wrote during my spare time. It was just me just thinking about why is it that today we can’t all just mind our own business, and keep our opinions to ourselves. I wasn’t pointing fingers at anyone. I am positive that if that was the case things would be so much better.

SNA: What is your favorite track on your album?

TJ: My favorite track on my album is prizon Lanmour. It has a very strong meaning for me.

SNA: Do you think that Seychellois artist should follow the traditional music style or venture into international ones?

TJ: I believe if we as Seychellois artists want to go further with music we have to step out of the box. We need to try new genres of music and embrace other styles and cultures. This doesn’t mean that we forget our traditions. Once in a while it is a must to produce a piece that enfolds our culture, as it is an exquisite one.

SNA: What do you think is lacking in the industry that could help to push more Seychellois artist on the international scene?

TJ: Opportunities and professionalism are what’s lacking in the music industry. This is a good thing, as it reveals those who are truly determined to progress in this career, and those who are only waiting for opportunities. We have come a long way though. I am sure that there is more to come.

SNA: What advice do you have for young Seychellois artist?

TJ: Anyone can do music because music is vast, I encourage those who wish to pursue a career in music to push harder and come forward. You have to grab the opportunities and make things happen everything starts small and keep in mind that determination is the key to success.

SNA: What’s next for you in music?

TJ: I definitely will not leave my fans hanging. I plan on starting my next album as soon as possible. I expect it to be another hit.