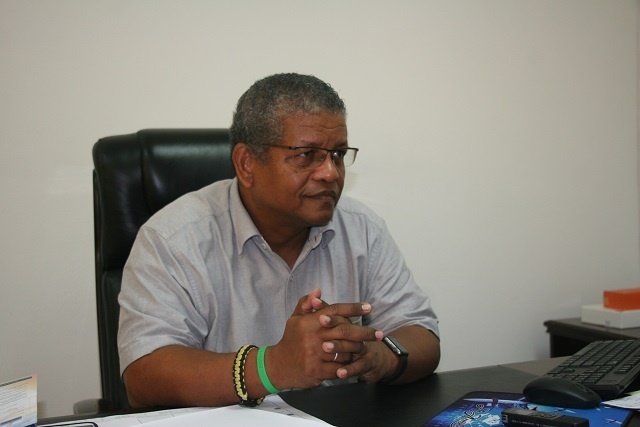 Wavel Ramkalawan, the Leader of the Opposition in the National Assembly. (Seychelles News Agency)

(Seychelles News Agency) - The leader of the opposition coalition in the Seychelles National Assembly, Wavel Ramkalawan, has confirmed that he will propose himself as a candidate for the next presidential election.

Ramkalawan made the announcement last week during a visit to India with the aim of reconnecting with the land of his great-grandfather.

"Being the opposition leader in the assembly with the responsibility of leading the LDS group (Linyon Demokratik Seselwa), I think it is an obligation that I propose my name to the LDS executive council, when the moment will come, hoping that I will be chosen,”  Ramkalawan told SNA.

According to the constitution of Seychelles, an archipelago of the western Indian Ocean, the next presidential election is expected to take place before the end of 2020.

"What I want is for our alliance to continue working together, and that there is no distortion and that for the next presidential election, it is the LDS that represents the opposition with a single candidate, that I hope will be me,” said Ramkalawan.

The last presidential election held in December 2015 went into a second round as none of the six candidates who contested the first round managed to secure 50 percent of the votes (plus one) required for an outright majority.

In the run-off, James Michel -- the president of Seychelles at the time -- won the election with 50.15 percent of the total votes cast. Ramkalawan came second with 49.85 percent.

The opposition coalition LDS won the National Assembly election in September 2016 with the majority votes in 15 of the 25 constituencies contested.