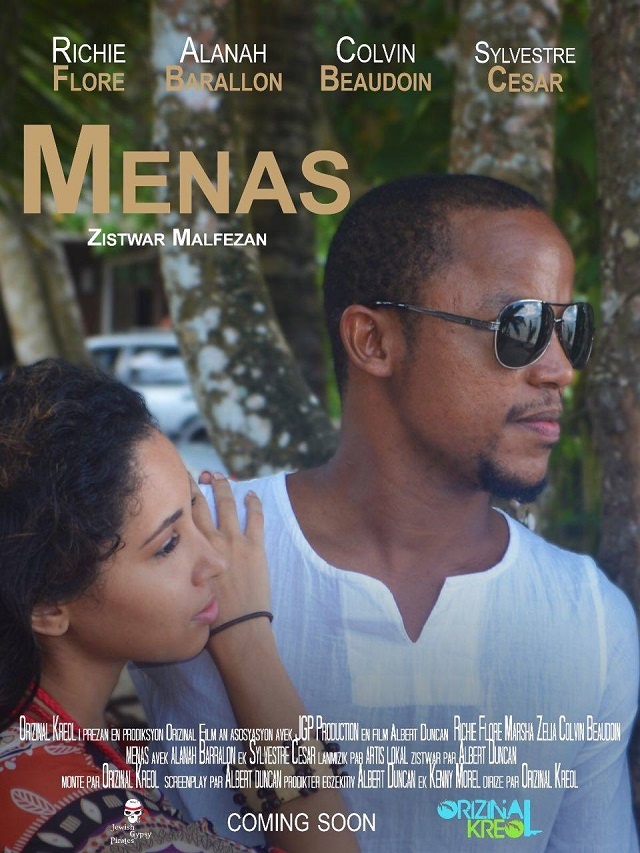 (Seychelles News Agency) - Production houses in Seychelles are aiming to produce locally made TV programmes in the Creole language.

One such production house – ‘Orizinal Film’ – said on their Facebook page that there is an undeniable demand for local content coming from the public.

‘Orizinal Film’ is the production team and offshoot of local clothing brand ‘Orizinal Kreol.’ The name of the production house reflects their belief in Seychellois excellence and Creole pride.

Its director, Albert Duncan, told SNA that the media industry in Seychelles “is very rewarding, as we have so many raw talents in terms of acting, music and filming which makes it a pleasure to build and creatively collaborate.”

“However the challenge is how to make money from the content so that the industry can become profitable,” he added.

How to make money in this budding industry?

As the Seychelles Broadcasting Corporation (SBC) is planning to outsource local content, the public can soon expect to see an increase in local productions on their television screen.

With SBC going digital, the company launched a second channel — SBC 2 — focusing on local programmes, and because there is a manpower constraint, the broadcasting corporation will look at private production houses to fill programming needs.

The corporation’s deputy chief executive, Jude Lounge, told SNA that “a huge component will be the financial side as local production can be quite expensive.”

SBC has set up a programme commissioning committee that is currently discussing whether they will be setting the rate for the content and if so, what it will be. Production houses will be informed of the decision made by the committee.

What will be aired?

The producer of ‘Orizinal Film’, Kenny Morel, said that one of their concerns is producing contents that will correspond to the vision of the company they are selling it to.

To make sure that production houses and SBC both benefit, Louange said they are also drafting a list of standards and criterion that the contents have to meet to be aired alongside their programmes on SBC 2.

On his side, Morel said that “we could partner with them for documentaries, music videos and small films, but ultimately, we have some other constraints which would not allow us to produce as much content as they would be expecting.”

As Seychelles is a small island nation with 93,000 people, production houses sometimes have the need to collaborate to bring their scripts to life.

The revamped CINESESEL -- an association that aims at promoting film production -- is the body bringing them together.

“We want to see a movie industry created in Seychelles and it’s for this reason that we called all these people together. When different production houses come together and share knowledge, it will be easier to achieve that this,” said Alain Boniface, the chair of CINESESEL.

Duncan --the director of Orizinal film -- said that since they started filming in 2013, they have collaborated with other production houses such as ‘Islandvision’, ‘Produce it’ and ‘KLN’ amongst others.

Looking towards the future

The head of CINESESEL, Boniface, said that they plan to organise local workshops and hopefully send members on overseas training with the aim of bettering the industry.

As for SBC, Louange said that with the production houses providing the corporation with content, “the media industry in Seychelles will grow as they will know that there is an outlet for their content.”

He added that this will be a good way “to see the creativity of others as their way of producing is not the same as ours.”

Duncan said that they “will continue to produce films that are unique and we hope to produce more high-quality content that will make our viewers proud of their culture.”