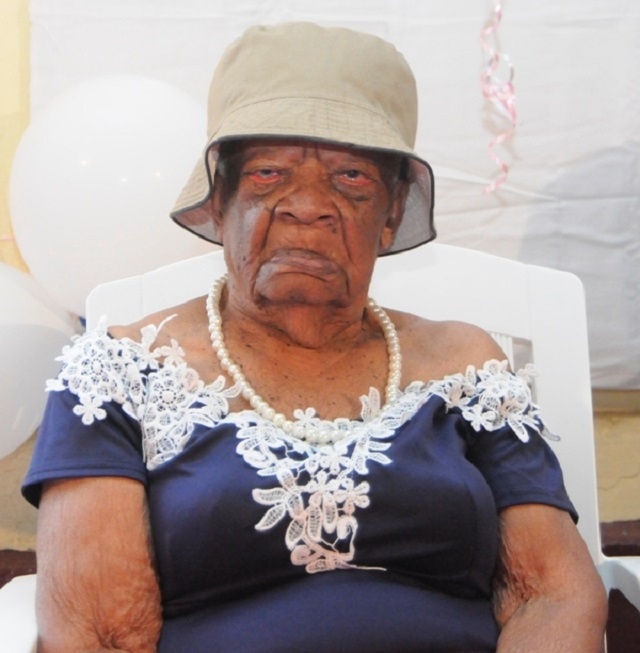 Marie said she hopes to be able to live much longer to educate her grandchildren on how to be obedient. (Seychelles Nation)

Celebrating the occasion among her children, grandchildren and friends, Marie said she hopes to be able to live much longer to educate her grandchildren on how to be obedient.

“They are not as obedient as my generation,” said Marie.

She was presented with gifts from various institutions including a hamper from the Ministry of Local Government.

The special advisor in the ministry, Dan Frichot, told Marie that “your age is evidence that you have acquired so much knowledge. I hope that you spend so many more birthdays among us.”

Born on January 26, 1909, on Praslin, the second-most populated island, Marie, who lives at Ma Joie, is only one year from breaking the record for the oldest person of Seychelles, an archipelago in the western Indian Ocean.

The oldest Seychellois on record lived to 110 according to the Department of Social Affairs.

“She refuses to sit around doing nothing and does most of her home chores even that of the grandchildren. She doesn’t leave the home much except to go for Sunday mass,” said Gilliane Marie.

General » Be a reporter: Write and send your article » Subscribe for news alert
Tags: Ministry of Local Government, Department of Social Affairs, National Bureau of Statistics