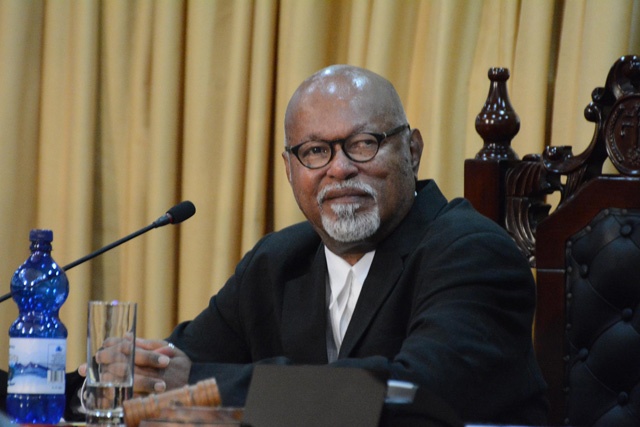 Patrick Pillay was the third Speaker of the Third Republic of Seychelles. (Patrick Joubert)

(Seychelles News Agency) - The Speaker of Seychelles’ National Assembly, Patrick Pillay, resigned from the legislative body on Monday, a statement from the Assembly’s secretariat said.

No further details were given on the resignation. Pillay was the elected member of the electoral area of Anse Boileau, a southern Mahe district.

In accordance with the Constitution, the Members of the National Assembly will elect a new Speaker at the next sitting. For the Anse Boileau district, a bi-election will be organised by the Electoral Commission in the next 30 days.

Pillay, an elected member of the opposition coalition Linyon Demokratik Seselwa (LDS), became the third speaker of the assembly in the Seychelles Third Republic in September 2016. He was the first one who did not come from the president's party. He replaced Patrick Herminie, who occupied the post for the past decade.

In the last election for the National Assembly, the opposition won for the first time the majority of seats -- 19 out of the 33 -- putting Seychelles, an archipelago in the western Indian Ocean, in a position of cohabitation.

Pillay is the leader of the Lalyans Seselwa (Seychellois Alliance) -- a political party that is part of the opposition coalition Linyon Demokratik Seselwa (LDS) -- that formed in 2016 to contest the National Assembly elections. The three other opposition parties of the LDS are the Seychelles National Party (SNP), the Seychelles Party for Social Justice and Democracy (SPSD) and the Seychelles United Party (SUP).

The communiqué stated that the National Assembly “was honoured to have Honorable Patrick Pillay as Speaker.”