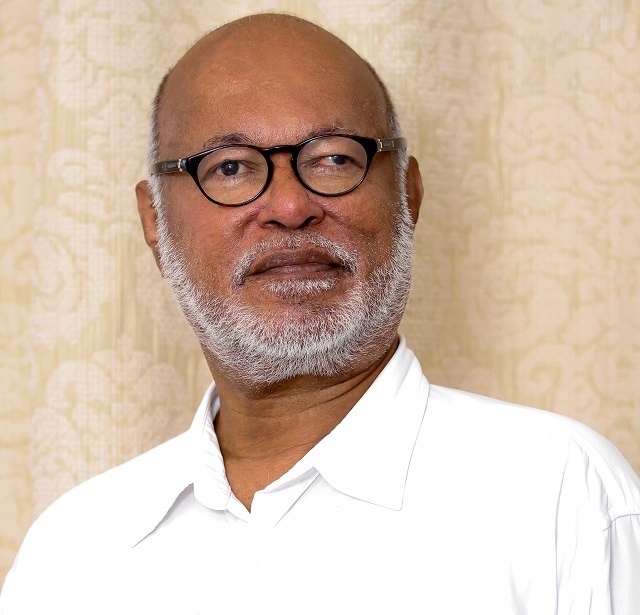 Pillay submitted his resignation letter to the office of the clerk of the National Assembly on Monday. (Joe Laurence, Seychelles News Agency)

(Seychelles News Agency) - The sudden resignation of Patrick Pillay as the Speaker of the National Assembly and an elected member of Anse Boileau district has brought about mixed reactions in Seychelles, with many political leaders thanking Pillay for his service but other residents questioning why no reason for his resignation was given.

Pillay submitted his resignation letter to the office of the clerk of the National Assembly on Monday. Danny Faure -- the head of state of Seychelles -- an archipelago in the western Indian Ocean, has thanked Pillay for the leadership role he had played as Head of the Legislature since his election as Speaker.

Faure said,“Pillay has discharged his responsibilities in his own unique style, that he had transformed the National Assembly by opening it up and bringing it closer to the population.”

The resignation of Pillay as the elected member of the Anse Boileau district means voters from that electoral area will go to the polls in the next 30 days to choose a new representative. The Electoral Commission has announced that the bi-election will take place on February 24 and 25.

Pillay, the leader of the Lalyans Seselwa party, was part of the opposition coalition Linyon Demokratik Seselwa (LDS), comprised of four parties formed in 2016. The leader of the Linyon Demokratik Seselwa (LDS), Roger Mancienne, said the members of the Executive Council respect Pillay’s decision and that he has made a great contribution to bringing about a new era in the political development Seychelles.

Pillay became the third speaker of the assembly in the Seychelles Third Republic in September 2016.

Mancienne said the situation poses some challenges and that “the LDS Executive Council will deal with them with the best interests of the party and the country in mind.”

“Already we have had meetings of the leaders and of our National Assembly team. I am fully confident in the future of LDS and I believe we will maintain unity and forge ahead with our work,” he added.

Mancienne said that the one point of divergence that Pillay spoke to him about is that “he is dissatisfied with the pace at which the present political setup is dealing with the problems faced by the country.”

The leader of the opposition in the National Assembly, Wavel Ramkalawan, also thanked Pillay for his personal contribution in the effort to bring about change to the country and in particular the political landscape in Seychelles.

Ramkalawan reassured all LDS supporters of the party’s commitment to unity, hard work and the need to forge ahead with the programme under which the people gave the LDS a majority in the National Assembly.

SNA spoke to the several members of the public on their reaction to the resignation of Pillay, who has not specified the reason behind his departure.

Ricky Pierre said that whether Pillay resigned for personal or other reasons, he should have given a proper explanation at least to his supporters, they deserve that.

“I feel he has let them down. Leaving room for speculation is not in his interest or that of the opposition parties,” he said.

Peter Leon said he is shocked by this sudden decision. “Everything seemed to be going fine. There is a lot of speculation, but I am still in the dark as to why.”

In a post on Social media, Noellie Alexander, an executive member of Lalyans Seselwa, a political party of which Pillay is the leader, said the speaker is a man with more guts, integrity and selflessness than so many can ever hope to be.

The main objective of Pillay and Lalyans Seselwa was to get Parti Lepep out and not to build any nest or seek personal power or position said Alexander in her post. “Now we can get back to our original objective! Like so many before us, we've been offered all sorts of things - including big money - but we remained true to our cause.”

Another person SNA spoke to, Peter Roselie said, “Ton Pat, as he is popularly known, is a great admirer of Mahatma Gandhi. The question of principles is the key to his decision. I respect that man.”

Antoinette Magnan told SNA she was not expecting the news as Pillay was doing a good job as Speaker and that for the bi-election she will exercise her civic rights and then wait for the outcome.

The next National Assembly elections in Seychelles are scheduled for 2021.