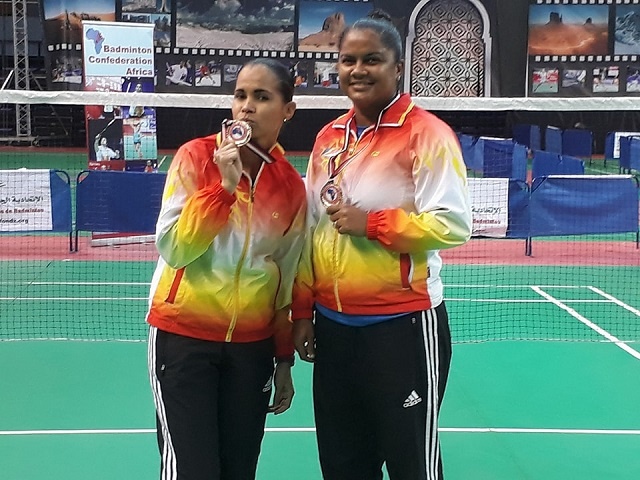 (Seychelles News Agency) - A Seychellois women’s doubles badminton team has won gold in the African championship that took place in Algeria from February 16 to 18.

The Seychelles’ team of Juliette Ah-Wan and Allisen Camille defeated the Algerian duo of Doha Hany and Hadia Hosny in the final on Sunday 21-18, 13-21 and 21-18.

Speaking to SNA via Facebook, Ah-wan said, “I am so happy with our performance. I was not expecting gold.”

Ah-Wan said the final match was not easy and what made the victory special was that “I had stopped playing badminton for the last two years and just made my comeback six months ago for the competition.”

The gold is their third at an international event for Ah-Wan and Camille, 25, who have been playing in the women’s doubles for seven years. They also won gold in the African championship in Mauritius in 2013 and in the All Africa Games in Congo Brazzaville in 2015.

The African Badminton Championships is a tournament organised by the Badminton Confederation of Africa (BCA) to crown the best badminton players in Africa. This year’s event saw the participation of 15 countries including Seychelles, an archipelago in the western Indian Ocean.

Sport » Be a reporter: Write and send your article » Subscribe for news alert
Tags: African championship, Badminton Confederation of Africa, All Africa Games