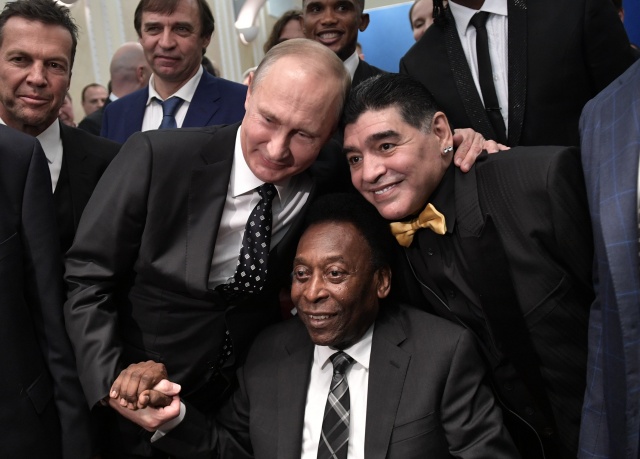 (AFP) - The world football governing body FIFA expressed "complete trust" Friday in Russia's ability to ensure a safe World Cup despite fan violence in Spain during which a policeman died.

A Basque officer died Thursday as hundreds of security forces clashed with supporters of Russian club Spartak Moscow in Bilbao before the start of a Europa League match.

A regional police spokesman refused to comment on Spanish media speculation that he was killed in the street battles with scores of Russians wearing black hoodies.

FIFA said it "deeply regrets" the incident but did not assign any blame.

"As far as security for the 2018 FIFA World Cup is concerned, FIFA has complete trust in the security arrangements and comprehensive security concept developed by the Russian authorities and the Local Organising Committee," a FIFA spokesperson told AFP.

"As demonstrated during the FIFA Confederations Cup last year, Russia's already high security standards have been adapted to meet the specific needs of such major sporting events."

Russia will be hosting its first World Cup from June 14 to July 15 after securing its rights in a ugly battle with England in 2010.

But preparations have been shadowed by fears of a repeat of the June 2016 rampage by Russian hooligans that erupted in the French port city of Marseille during the Euro tournament.

The clashes left 35 people injured and shocked the world.

But Russian President Vladimir Putin only wondered dismissively "how 200 of our fans could beat up several thousand English".

German police Thursday announced the arrest of a Russian hooligan wanted for the "attempted homicide" of an England supporter in the violence.

Hooliganism experts say Russia's powerful FSB security service has cracked down hard on football gangs and blacklisted many of their leaders in the run-up.

The Russian government's official plan is to force both foreign and domestic supporters to undergo background checks before receiving a special Fan ID card required to enter the country.

A government source said Russian law enforcement agents were also working with their counterparts from England and other countries to determine which fans were safe.