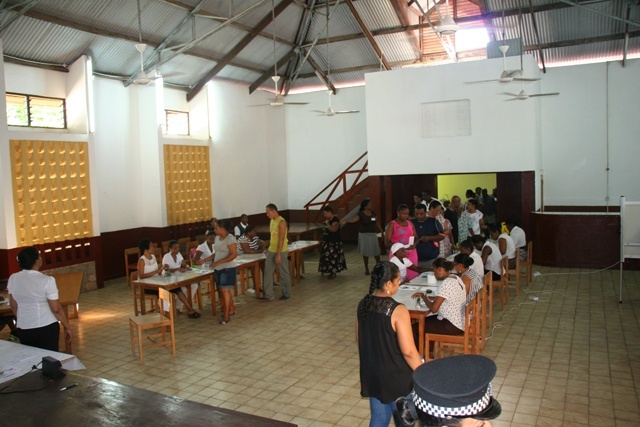 Voting in the district of Anse Boileau in the elections in September 2016. (Rassin Vannier, Seychelles News Agency)

(Seychelles News Agency) - Residents of Anse Boileau are voting to choose their new representative in the National Assembly in a bi-election taking place today, Sunday 25.

The bi-election taking place in the west coast district of Mahe, the main island of Seychelles, comes after the unexpected resignation of Patrick Pillay as an elected member of Anse Boileau district and the Speaker of the National Assembly in late January.

Pillay submitted his resignation letter to the office of the clerk of the National Assembly on Monday, January 29.

Parti Lepep, the party holding the presidency in Seychelles, a group of 115 islands in the western Indian Ocean, is not taking part in the bi-election.

Voting on the outer island and other special voting stations outside of the district took place on Saturday, February 24.

Ballot papers for this bi-election were printed in the country; ballot papers are usually printed overseas.