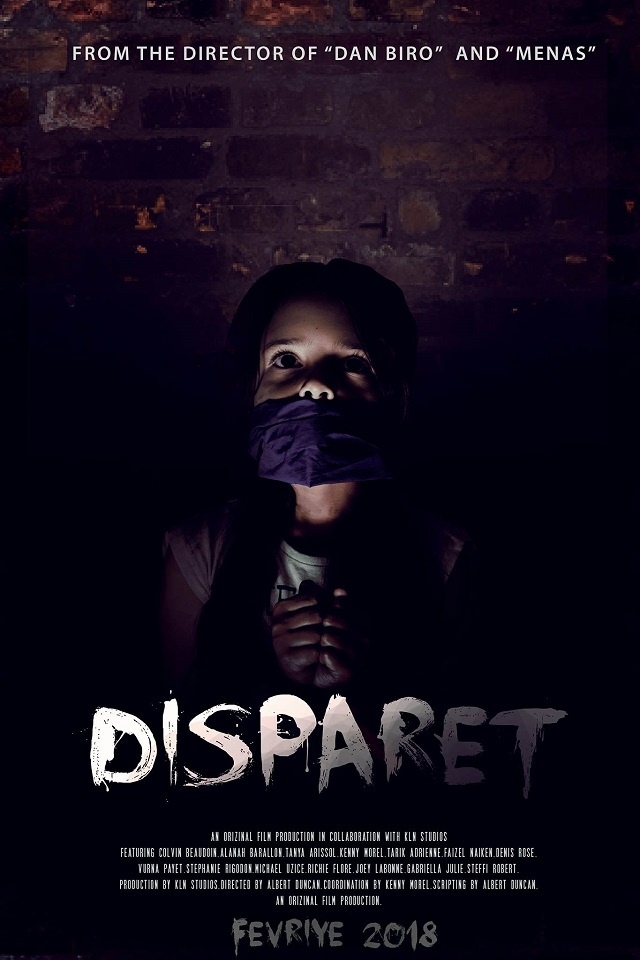 The story of ‘Disparet’ revolves around the kidnapping of a girl-child, with the social worker who was working with her as the main suspect. (Kit li Orizinal/Facebook)

(Seychelles News Agency) - The premiere of ‘Disparet’- a locally produced short-series film – is a major improvement in terms of film production in Seychelles, viewers at the event said.

The first of eight episodes was aired for the first time at the Irish Rogan's Bar at the Docklands building the last Saturday in February. ‘Disparet”, Creole for disappear, is one of the series on which ‘Orizinal Kreol’ is working on in collaboration with ‘Kit Li Normal’ (KLN).

The two production houses are working together on this project under the name ‘Kit Li Orizinal’.

“Compared to the other films they have made, this one was actually amazing. Much more appropriate language has been used and there is a lesson to learn from it,” Alison Thomas, one of the spectators, told SNA.

Thomas added that having watched all of ‘Orizinal Kreol’s previous productions, she is happy to see the team making an improvement, and “with more practice and training, they will become better.”

Thomas also said that Seychellois will connect better with locally produced films if the script touches social ills that are affecting the country. The story of ‘Disparet’ revolves around the kidnapping of a girl-child, with the social worker who was working with her as the main suspect.

“A lot of the youth are lost nowadays and at the same time, they look up to and follow these actors and actresses they film something more productive, they will influence these youths,” Thomas concluded.

Another person present at the event, Vanessa Freminot, said that “the camera work of ‘Disparet’ is incredible.”

“I find it nice that it has been made locally. Moreover they are not getting paid for it and yet they are doing it from the heart which is a good thing for the art movement in Seychelles,” said Freminot.

‘Kit Li Orizinal’ is not yet getting paid for their production but the scriptwriter and founder of ‘Orizinal Kreol’, Albert Duncan, said that they are contributing to the film industry of the 115-island archipelago in the western Indian Ocean.

Also present at the viewing were members of CINESESEL, an association that aims at promoting film production. The chairperson of the association, Alain Boniface, said that though the filming crew has made a huge improvement, there is still room for more growth.

“There are critics to be made but they are constructive ones. There were a few mistakes and they were noticeable in terms of the sound quality, framing of scenes and editing. But CINESESEL can help them improve in these areas,” said Boniface.

In a previous article that touched the subject of locally produced content, the chairman of CINESESEL said that they plan to organise local workshops and hopefully send members on overseas training with the aim of bettering the industry.

The founder of CINESESEL, Miera Savy, said, “I feel that they have chosen the theme to get the attention of the public and in a way that adds value to their art. I think that the creator of the film is highly inspired by what is happening around him and this is good as it touches everyone in the society.”

‘Disparet' is still being produced with the crew and cast working on Saturdays. Airing of the next episode will be announced accordingly.