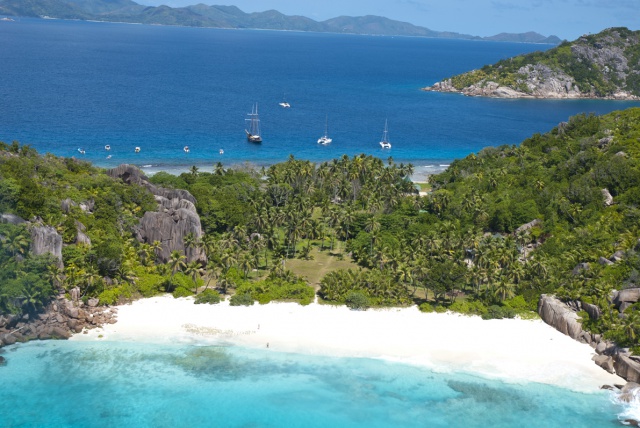 The Seychelles islands (pictured), together with other SIDS  member states of the AU such as Cabo Verde, Comoros, Guinea Bissau, Mauritius and São Tomé and Principe lobbied for the AU to give a stronger voice to issues affecting its small islands. (Gerard Larose, Seychelles Tourism Board)

The African Union has made a commitment to stand behind its island members ahead of the Third International Conference on Small Island Developing States, due to take place in Samoa in September.

The declaration of support recognizes that the sustainable development of Africa’s islands cannot be excluded from the AU’s goals for transforming the continent of Africa by “mobilizing the full potential of the blue ocean economy and building resilient economies for all its member states”, according to a press statement from the Ministry of Foreign Affairs.

The organization of African states has also declared that urgent action must be taken to address the vulnerabilities and development concerns of SIDS.

The declaration was made at the 23rd Summit of the African Union which took place on 21 to 27 June in Malabo, the island capital of the Central African state of Equatorial Guinea.

Seychelles’ Foreign Affairs Minister, Jean-Paul Adam, was representing the islands’ President James Michel at the summit, where Seychelles joined the call by SIDS member states such as Cabo Verde, Comoros, Guinea Bissau, Mauritius and São Tomé and Principe for the AU to give a stronger voice to issues affecting its small island state members.

The AU has also been working with the Alliance of Small Island States (AOSIS) to achieve a legally binding agreement next year to combat climate change.

SIDS are low-lying island or coastal countries that are threatened by several challenges to their sustainable development, including small but growing populations, limited resources, remoteness, susceptibility to natural disasters, vulnerability to external shocks, excessive dependence on imports, and fragile ecosystems.

These states are recognized as the most vulnerable in the world to the effects of climate change while having contributed the least to its root causes.

Adam said that the declaration of support by the AU was a reminder that the development concerns of islands were critical to global efforts towards sustainable development.

“The fact that the AU will be examining a specific mechanism to address the specificities of islands is historic, and represents the kind of engagement that SIDS are looking for ahead of Samoa,” he said. “We are proud to be African islands, striving together to achieve the ideals of Agenda 2063.”

The Agenda 2063 document, designed as a blueprint for Africa's development for the next 50 years, will be presented to the next AU summit for adoption.

Managing the oceans essential for shared prosperity in Africa

In keeping with the AU summit’s theme of ‘Agriculture and Food Security’ the Seychelles delegation has emphasized the need to view the ‘Blue Economy’ concept, which calls for more judicious and sustainable management of the world’s marine resources, as a vital component towards achieving food security.

The AU previously announced it would include the Blue Economy concept in the Agenda 2063 document after a request from Seychelles’ Vice President, Danny Faure, at the AU Heads of State meeting held in Addis Ababa in January this year.

Adam stressed that Africa must look at its oceans and seas in strengthening food security, saying that the oceans surrounding Africa should not become ‘forgotten spaces’.

“They are feeding millions of Africans, and have the potential to contribute much more if managed sustainably. This is what a blue economy approach entails – managing our oceans for shared prosperity.”

Highlighting the challenges of agriculture and food security for SIDS, Adam expressed appreciation for the support being given to SIDS agriculture by the Food and Agriculture Organization (FAO) and the International Fund for Agricultural Development (IFAD).

The Seychelles Minister also said it was essential to build an effective maritime infrastructure and improve trading networks between African countries.

“We need to strengthen our maritime infrastructure both in terms of fisheries management and production and in terms of trade. Islands can export fish, but are also seeking quality imports from closer to home to be able to feed our tourism industry, but the availability of reliable sea-routes is still inadequate,” explained the Adam.

The challenge of energy in relation to food security and practical solutions in which renewable energy projects could be married with agriculture, fisheries and food security projects were also discussed at the summit.