Minimum wage to increase, President of Seychelles announces in State of Nation 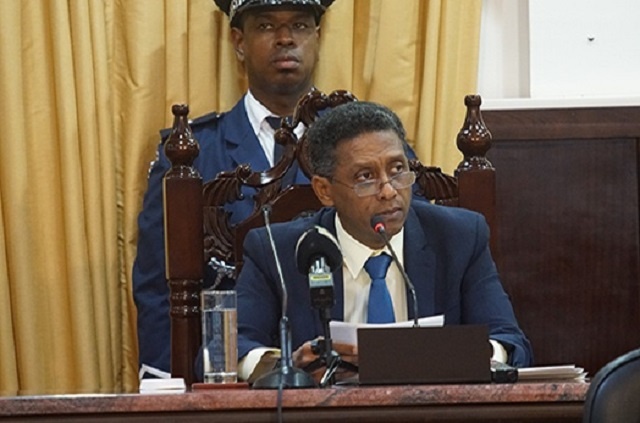 (Seychelles News Agency) - Seychelles’ President Danny Faure announced that the island nation’s minimum wage and Social Security benefits will rise during his State of the Nation address on Tuesday.

The president also defended the decision to allow India to use an island for a military base, saying it will provide improved security for Seychelles.

He said that aside from measuring progress in terms of GDP per capita, or the average salary of the population, “we also measure our progress by the success of our people.”

On the measures to address the cost of living, Faure said that citizens with lower salaries are affected by the rising cost of living the most.

The government of Seychelles, an archipelago in the western Indian Ocean, has also been focusing on encouraging local importers to bring in goods from new markets.

“For example, following my State Visit to Kenya last year, the relevant agencies visited and confirmed that we can safely import food from Kenya. Today, Kenya is a new source of goods.  The Government has also begun the same process with Ethiopia.”

Faure said that by working with producers that are closer to Seychelles, the transport charges will be less and thereby reducing the cost of living.

One of the Seychellois companies doing extremely well is the Seychelles Petroleum company (SEYPEC). In 2000 the government decided to invest in the purchase of fuel tankers and today SEYPEC has repaid all its loans.

Faure said that “the Government has decided that the time has come for Seychellois to share in the success of this company. From November this year, 20 percent of SEYPEC will be privatised. This investment will be available exclusively to Seychellois.”

Another major concern for Seychelles as an island nation is the question of availability of land.

Faure said a technical study has allowed the government to know where exactly it is feasible to carry out land reclamation. As a result, there are five specific areas that the government has decided to reclaim.

These will include the area around Ile Hodoul close to Victoria, the capital, an extension of the reclaimed island Ile Aurore close to the northern district of Anse Etoile, the industrial estate area at Providence and Roche Caiman along the eastern coast and Grand Anse Praslin.

These five reclamation projects, including a reserve of 600,000 cubic metres of ‘coral fill’ will cost €67 million.

In his State of the Nation’s address Faure also talked about the military infrastructures that will be built on Assumption island by the Indian Government.

A subject that is being opposed by several concerned citizens including a newly formed group, SAVE THE ALDABRA ISLAND GROUP, which is against the proposed military facilities. The group has been holding protests every Saturday in Victoria.

“Today, we remain vulnerable. Drug trafficking on our waters is a major problem. Illegal exploitation of our resources is a major problem. Our maritime area is vast, and we need to regain control of our territory,” Faure said.Seychelles has a vast Economic Exclusive Zone of 1.37 million square kilometres, more  than 8,500 times the size of Mahe, the main island which makes it difficult to detect illegal activities, Faure said.

The Seychelles’ president said that Assumption is the best possible location for a facility for the Coast Guard based on the needs and interests of Seychelles.

“A Coast Guard facility on a section of Assumption will protect Aldabra, Astove, and Cosmoledo, and provide the security that the country urgently needs in this corner of our territory. The remainder of Assumption will be reserved for a tourism development,” said the president.

He reiterated that “Assumption belongs to Seychelles and Seychellois. Land on Assumption has not been sold or leased to the Government of India.”

General » Be a reporter: Write and send your article » Subscribe for news alert
Tags: State of the Nation Address, Social Security, Seypec