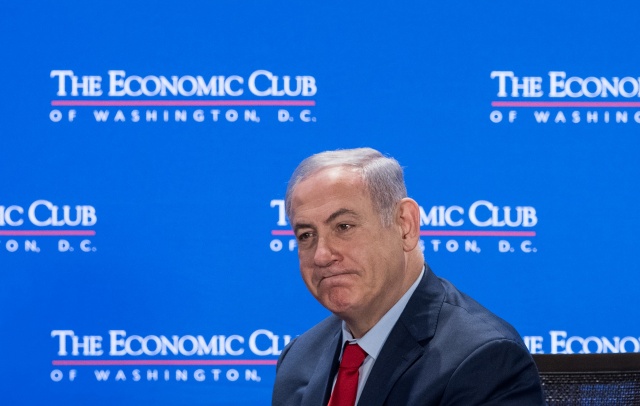 (AFP) - Embattled Israeli Prime Minister Benjamin Netanyahu has used a video posted online Wednesday to accuse police of pressuring witnesses to "smear" him as corruption investigations against him intensify.

In his first direct reaction since the announcement that his ex-aide Nir Hefetz would testify against him, Netanyahu said the "manufacture of witnesses" aims to "smear me, even at the price of lies".

Israeli media reported Monday that Hefetz, a former spokesman for the Netanyahu family, had signed a state witness deal in a graft probe linked to himself and his former boss.

In exchange, he would not be tried, go to prison or be fined, according to Israeli media, which have reported the deal may be a turning point in probes into Netanyahu.

The premier, in power for almost 12 years, slammed the use of state witnesses in the video published Wednesday on his Facebook page.

Israeli media reports say Hefetz is alleged to have acted as a messenger between Netanyahu, telecoms group Bezeq and a news website it owns.

Police suspect Bezeq was given regulatory breaks in return for Netanyahu receiving positive coverage on the Walla! news site.

Shlomo Filber, once one of the prime minister's closest confidants, has also agreed to testify in the case, while Ari Harow, a former chief of staff for the premier, signed a state witness deal in a separate case.

Netanyahu has been questioned eight times in relation to at least six ongoing cases.

Although he has not been formally charged, the police on February 13 recommended he be indicted in two of the cases.

The successive blows have called into question the future of the premier, the head of a coalition that is seen as the most right-wing government in Israel's history.

Even if charged, Netanyahu would not be legally required to resign.