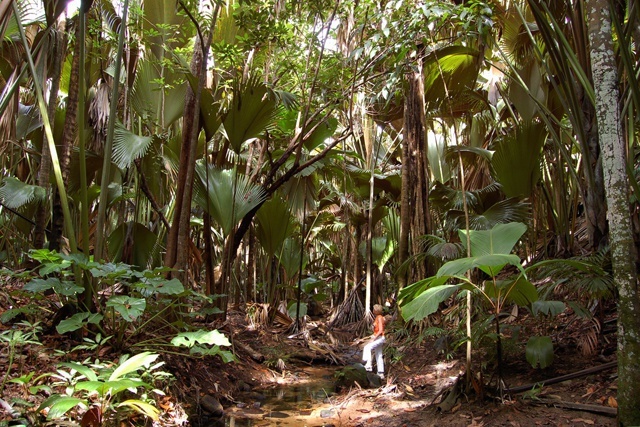 (Seychelles News Agency) - Seychelles is seen as a living museum of natural history and is home to many endemic plants and animals among them over 50 endemic species of snails.

SNA presents five snails seen only in the island nation.

This species is endemic to Praslin, the second most populated island of Seychelles. It is often found on coco de mer leaves in the Vallée de Mai Nature Reserve

Stylodonta of Silhouette and Mahe

This is the smaller species of stylodonta found mostly on Silhouette, the third largest island but also on Mahe, the main island, and La Digue, the third-most populated island. In Creole, it is called the 'leskargo.'  It is important to note that the species does not lay eggs. It  gives birth to one or two live baby snails

Distinct to the atoll of Aldabra, the snail is often compared to a seashell. It has an elongated shell with deep purple lines and bright pink bands. It was believed to have gone extinct in 2007 due to reduced rainfall due as a result of climate change. In August 2014, it was rediscovered by a staff member of the Seychelles Islands Foundation – Shane Brice.

After conducting further searches of the area, several other snails were found, including juveniles which were viewed by the conservation experts as a very encouraging sign as the last juvenile snails were seen by scientists in 1976.

One of the most popular endemic snails of the archipelago. It is dark in colour with a rounded coiled shell. It can be found on the five cent coin released in 2016.

This snail is found only on Fregate Island, the easternmost granitic island of Seychelles. The species is a terrestrial mollusc endemic to the island and is classified as an Endangered species according to the IUCN Red List.  It almost went extinct due to the introduction of rats on the island when the hotel development was taking place. The population of the species increased after rats were eradicated.