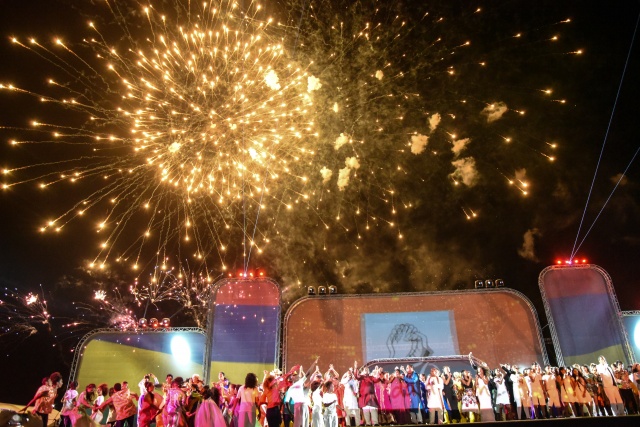 (AFP) - The island nation of Mauritius celebrated its 50th year of independence Monday with fireworks and entertainment, just days after a financial scandal forced its president to announce plans to resign.

Mauritius, a picturesque Indian Ocean island beloved by tourists switched hands between the Dutch, French and British before attaining independence in 1968.

Thousands of residents attended a ceremony celebrating the country's 50th year of independence, with Indian President Ram Nath Kovind designated guest of honour, while Indian helicopters took part in an aerial display and troops also participated in a parade.

The three-hour ceremony, in which 400 artists took part, came after Prime Minister Pravind Jugnauth announced on Friday that President Ameenah Gurib-Fakim would resign after becoming embroiled in a financial scandal.

Gurib-Fakim, who is the only female head of state in Africa, has been accused of using a bank card provided by an NGO to make personal purchases and will step down on an unspecified date after the independence ceremony.

"The President of the Republic told me that she would resign from office and we agreed on the date of her departure," Jugnauth said.

"The interests of the country come first."

When Gurib-Fakim, 58, took the honorary position of president in 2015 she became the first woman to do so in Mauritian history.

A scientist and biologist of international renown, she has been under pressure since the Mauritian daily L'Express published bank documents showing that Gurib-Fakim had used a credit card given to her by the London-based Planet Earth Institute to make thousands of dollars worth of personal purchases.

The NGO is funded by the controversial Angolan billionaire Alvaro Sobrinho who is himself being investigated for fraud.