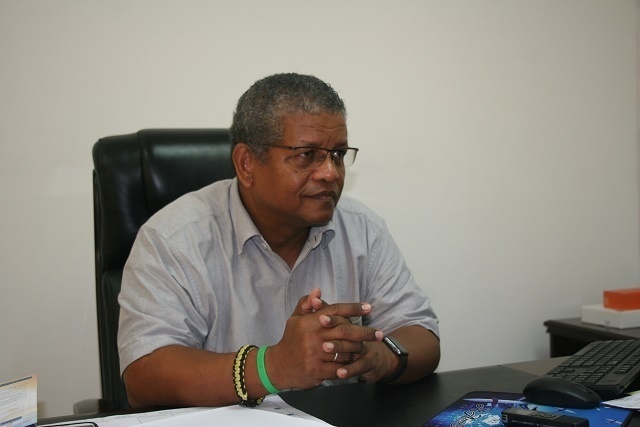 The leader of the opposition in the National Assembly said that LDS will not ratify the agreement on Assumption on Tuesday. (Rassin Vannier Seychelles News Agency)

(Seychelles News Agency) - The opposition in the National Assembly will not ratify the agreement signed between Seychelles and India for the construction of military infrastructure on Assumption, the opposition leader said on Tuesday.

Wavel Ramkalawan made the statement in response to the announcement made by the President of Seychelles Danny Faure in his presidential press conference on Monday evening.

In responding to a question in his press conference, Faure said that he will meet with Ramkalawan on March 26 to discuss aspects of the agreement that the opposition leader does not agree to.

“I will use this opportunity to understand what exactly he has to say and once this is clear, as the president I will be able to take a decision on what the next step will be when it comes to the agreement,” said Faure.

Ramkalawan made three points on the subject of the agreement on Assumption.

Ramkalawan added that “with these three points I hope I have made it clear that this is the end of the Assumption agreement and that I don’t expect to see it on any agenda between Mr. Faure and the opposition."

This is the first time the opposition has taken a stand against a government program.

In his response to the State of the Nation address by the President on Friday, March 9, Ramkalawan had said that “Linyon Demokratik Seselwa (LDS) and their advisors have agreed that we will not ratify the agreement as is.”

The LDS had previously indicated that it would study the various aspects of this agreement before making a decision.

The president of the LDS, Roger Mancienne, said, ”We have taken a number of things into consideration, including protests against this project.”

Mancienne explained that the position taken by the LDS came at the same time as the statement made by Faure.

Since the signing of the revised agreement earlier this year between Seychelles and India, concerned citizens have protested in the capital Victoria on Saturdays.

Seychelles, a group of 115 islands in the western Indian Ocean, is in a cohabitation since September 2016 with the government led by Parti Lepep -- the President’s party -- and the National Assembly led by the opposition.

Seychelles and India signed the 20-year agreement in January that will enable the construction of military infrastructures on Assumption Island. The agreement, completely financed by the Indian government, also provides assistance to Seychelles.

The project is expected to cover about a quarter of Assumption Island, a remote island about 1140 meters southwest of the main island of Seychelles main island of Mahe.