4 historical French gentlemen who had an outsized effect on Seychelles 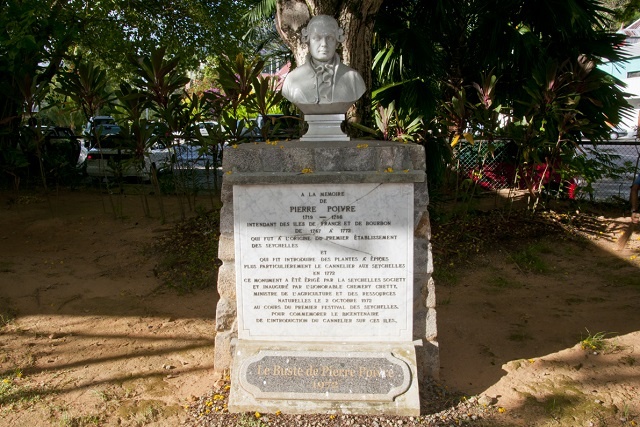 (Seychelles News Agency) - French rule in the Seychelles islands has had long-lasting effects on what the islands are today. The French occupancy did not only produce the Creole language but also aided in the social and economic progress of the archipelago that was then unknown to the world.

SNA presents you with four French personalities who made significant contributions to the country’s development.

A French naval officer, he was appointed the administrator of the neighbouring island of Mauritius from 1735-1746. With the quest of conquering more territories for the French crown in 1742, de La Bourdonnais sent Lazare Picault on an expedition in the surrounding waters, which led him to the main island of Mahe, named after him.

After the French settlement, de La Bourdonnais governed the Seychelles islands thus directing the establishment of the first village on the main island called ‘Établissement du Roi.’ He directed the construction of roads, coffee plantations and an armed force to protect the Seychelles port.

Sent on an expedition to Seychelles in 1770, Poivre came up with the idea to establish a spice garden on the main island of Mahe in honour of the French King. A French naturalist, Poivre had the task of setting up the garden that later became Le Jardin Du Rois "Garden of the King’ in English at Anse Royale, a district in the south of Mahe.

Cloves, nutmegs and most importantly cinnamon grew in that garden until it was destroyed in May 1780. Nature intervened luckily and propagated the cinnamon seeds over the hills of Mahe and as a result, cinnamon trees grow in pure abundance in the mountains today

The bust of Poivre was placed in the grounds of the Supreme House in the capital in October to commemorate the 200th anniversary of the introduction of cinnamon to Seychelles.

Poivre found it especially suited to create the garden as the island was being used as a transit point for the spice and slave trade route. Poivre was also a great conservationist who put in place laws to ensure sustainable use of wood which was used for boat repair and tortoises killed for their meat.

This young geographic engineer and land surveyor contributed greatly to the Franco-Seychellois heritage. Malavois worked in Seychelles from 1786 till 1787 and appointed Commandant in 1789. Among his works are inventories of the archipelago on several aspects -- geographical, geological, mineral, natural through the flora and the fauna, the population, farms, land consolidation and the condition of buildings.

Malavois was considered as a remarkable ecologist. Concerned and aware of the risk of extinction of some animal species threatened by man, including the excesses of land turtles and turtles, he established limits to the capture and in some cases a ban on their capture. It was the same for the rare and precious trees of forests threatened by wild and excessive cuts.

He was the first to create nature reserves for the protection of endangered species in Seychelles.

He helped put in place laws for land appropriation for the islands which stated that all current citizen or others wishing to settle on the islands of Seychelles should only be able to acquire 50 hectares each. He also drafted laws of economic and social development of the country.

Former military man, in 1793 he was appointed as Commandant of Seychelles. In his 33 years in power, he also spent half of his leadership under the British indirect rule.

Quincy is known as the founder of economic development in Seychelles. Under his rule, the African slaves, Indians and Malagasies helped the French settlers established coffee, cotton, rice, sugarcane, wheat, cassava and sweet potato plantations for local consumption and export. He also established the coconut oil and fisheries trade.

He was seen as Seychelles first diplomat because although he surrendered to the British in 1794 through skillful negotiations, Quincy obtained a guarantee of his honour and property and surrendered but stayed on as Commandant until the British took over in 1810. Quincy died at 79 and was buried at the State House cemetery. The headquarters of the Ministry of Foreign affairs is named after him -- Maison Queau de Quincy.