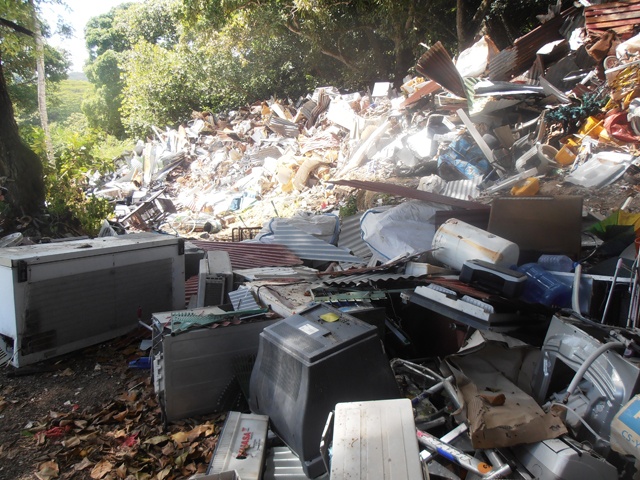 (Seychelles News Agency) - Seychelles is to invest in an industrial crusher to help lower the volume of waste being put in the landfill by up to 40 percent as the island nation continues to seek ways to overcome its waste problem.

The $500,000 investment will deal only with organic waste entering the landfill at Providence in the beginning stages. Organic waste will be sorted and the crushed product will then be turned into compost to be used in landscaping and other activities.

The director general at the waste enforcement and permit division of the Environment Department, Nanette Laure, said the department would like to bring in the crusher as soon as possible.

The introduction of such a machine forms part of the Ministry of Environment, Energy and Climate Change’s solid waste disposal and treatment strategy for the next 10 years.

“The landfill at Providence is filling up and in two years’ time it will be full, and one of the problems that we face in Seychelles is the lack of land for waste management,” said Frederick Kinloch, the director for solid waste management.

Another strategy the ministry is expecting to implement to help reduce waste in the 115-island western Indian Ocean archipelago is to build a sorting facility at Providence.

“We are proposing that the government tender for private investors for a sorting and recycling platform to be located at the landfill at Providence. This mechanical sorting platform could be built under the warehouse located at Providence so as to enable the segregation and diversion of certain types of waste from the landfill and eventually this will also result in exportation,” said Laure.

The facility will process the recyclable waste such as cans, P.E.T. and paper, which will later be exported to other countries for processing.

A consultant for the waste management section of the ministry, Arthur Berta, added that waste that cannot be sorted can eventually be burnt to produce energy.

“The volume of what has been burnt is reduced by 90 percent and what remains are ashes which are thrown on the landfill. You produce energy and reduce the volume of waste but it costs a lot of money to build such a facility,” said Berta.

Funding and qualified personnel in the field of waste management are two major challenges that the department is facing when it comes to managing waste.

In 2017, a total of 72,000 tonnes of waste ended up in the landfill. Kinloch told SNA that there is the need to build a third landfill, considering the rate at which the second one is filling up.

The two existing landfills will eventually be flattened and capped to make the area flat and solid. It can then be used to store the compost produced among other activities.