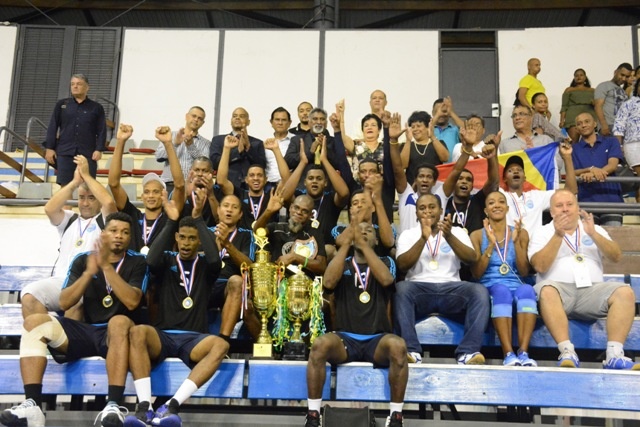 Swim Blue booked a spot in the competition after winning the championship for Zone 7 hosted by Seychelles earlier this month. In the final, the Seychellois side defeated the reigning champion Gendarmerie of Madagascar 3-0.

French coach Olivier Sauer said the competition will be tough as the top African countries will be participating and this is his side’s first participation.

“For us, it will be a new experience and we know it’s going to be tough but we have a great team and we will be giving our very best. I hope we can have the same rhythm we did for the Zone 7 competition,” said Sauer.

Two dozen teams will participate in the prestigious competition organised by the Confederation of African Volleyball (CAVB). They will be divided into four preliminary pools and the top two of each pool will move to the knockout stage until the final.

Also present will be the Egyptian side Al Ahly -- the defending champion -- clinching the title in March by beating Etoile du Sahel from Tunisia 3-1 in the final.

Coach Sauer said that his team’s progress in the competition will depend a lot on the draw and which teams Swim Blue will be encountering in the pools. He said that nevertheless, the Seychelles’ side has been training three times a week and is ready to represent the island nation.

According to the Manager of Swim Blue, Hughes Hoareau, the team be travelling with 17 players including a new recruit from La Digue.

Hoareau said the team is ready for the competition and “although we might not get a gold we are going to perform to the best of our ability and why not bring a good result.”