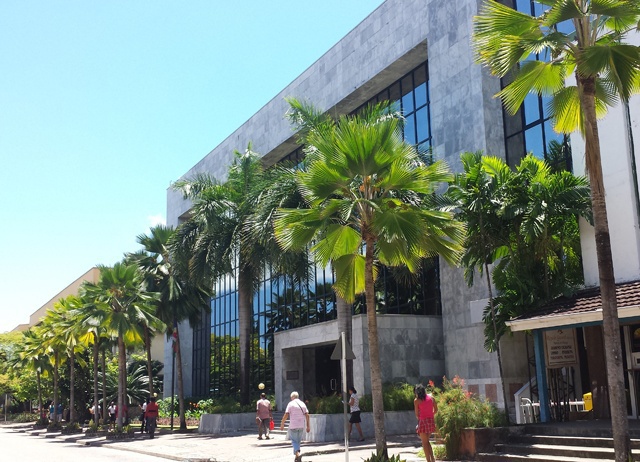 (Seychelles News Agency) - Despite a larger-than-expected downturn in GDP figures for the first quarter of the year, Seychelles’ Ministry of Finance is waiting to see if the Indian Ocean island nation can still meet its projected growth target of 3.6% for 2014 as forecast in their most recent budget address.

First-quarter real GDP figures were disappointing, showing a 2.9 percent drop compared to the fourth quarter of 2013, but the Seychelles Minister of Finance, Trade and Investment, Pierre Laporte, has told Bloomberg that the news was no great cause for concern, explaining that the downturn was somewhat expected for this time of the year.

Although he described the first quarter results as ‘challenging’, Laporte has adopted a ‘wait-and-see’ approach, saying that second-quarter GDP figures would give a clearer picture of whether the expected seasonal upturn would revive the economy enough to get back on track.

Seychelles, renowned throughout the world as a dream holiday destination, depends on tourism for most of its revenue, and when the end-of-year August to December peak tourism season is over, the numbers usually tend to drop as people go back to work.

Add this to a dismal first quarter economic growth in Europe, where the majority of Seychelles’ tourists originate from, and the tourism sector, a major source of jobs and foreign exchange for the archipelago of over 100 granitic and coralline islands, is suffering.

Visitor arrivals from January to March this year fell by 3 percent (57,489) when compared to the same quarter the previous year (59,080) according to visitor arrival figures from NBS.

Europe remains the main source of visitors to the islands, followed by the United Arab Emirates and South Africa. The islands enjoyed a record number of visitor arrivals in 2013, and the archipelago also saw a large increase in tourists from Asian countries as part of a drive by Seychelles’ tourism ministry to diversify its tourism markets.

Whilst growth in the new target markets, especially Asia, has been encouraging this year, the Asian market, albeit with huge growth potential, represents just 19 percent of total visitor arrivals thus far.

The Governor of the Central Bank of Seychelles (CBS), Caroline Abel, believes that economic growth in Seychelles will be reflected in the next quarter’s GDP figures, saying that the second quarter includes the Easter holidays, one of the Seychelles’ peak tourism seasons.

The Governor said that several factors pointed to an imminent upturn in tourism, including the re-introduction of direct flights to Paris, which started yesterday, July 01, by Air Seychelles, which is expected to improve visitor arrivals from France, the main tourism market for Seychelles.

“Indications from the tourism industry suggest an increase in forward booking in the second half of the year,” said Abel.

According to CBS, the construction sector is also expected to see a boom later this year, as an increase in foreign direct investment has been recorded.

The food manufacturing sector recorded growth of 13 percent compared to a decline of 16 percent in the previous quarter whilst growth of 7.7 percent under ‘professional, scientific and technical activities’ was recorded contrast to the preceding quarter’s 2.0 percent expansion.

The fisheries sector has taken a knock with a contraction of 17.9 percent due to the seasonal trade winds that make it difficult for fishermen to get out onto the open seas. This difficulty has contributed to fish prices driven upwards for a population of 90,000 people who rely mainly on a diet of fish.

The sector, which includes one of the largest tuna canning factories in the region, is widely regarded by economists as the second pillar of the Seychelles economy, netting a total average income of $370 million annually, or almost 5 percent of GDP.

Manufacturing of beverages and tobacco also fell by 14.7 percent, possibly due in part to the plant upgrade and temporary closure of the mainstay of the islands’ alcohol industry, Seychelles Breweries Ltd, which re-opened for manufacturing last week.

Abel has said she expects production to return to full capacity in the second half of the year, which she says will in turn positively impact on GDP.

Seychelles has often been referred to as a positive example of strong fiscal management and economic reform after the islands defaulted on mounting debt levels after the global financial crisis in 2008, prompting an International Monetary Fund (IMF)-assisted reform programme, which pulled Seychelles out of crisis and back on the road to economic sustainability.