No escape for Mozambique as debt troubles mount 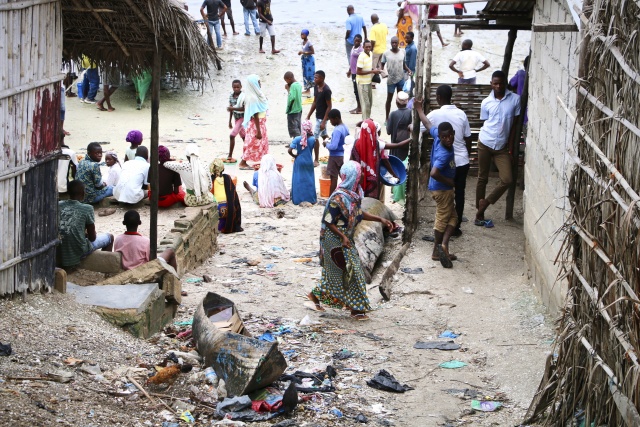 (AFP) - Mozambique's renewed efforts to solve its spiralling "secret debt" crisis have again collapsed, leaving the country struggling to recover its reputation as one of Africa's potential growth hotspots.

Last week, Finance Minister Adriano Maleiane flew to London to present creditors with a long-awaited restructuring plan for the $2.2-billion (1.77 billion euros) debt that Mozambique has defaulted on since last year.

Maleiane presented options including a massive write-down, low interest rates until 2023 and a partial swap for a local long-term debt.

All his proposals were dismissed by the Global Group of Mozambique Bondholders, which says it represents most of the holders of the Eurobond debt and commercial loans to state-owned companies.

The bondholders sharply criticised the proposed repayment plans, saying "the main lines of debt restructuring do not serve to start any conversation leading to a workable resolution".

Mozambique was forced to admit in 2016 that the loans had been kept secret and were spent on maritime and military ships and equipment.

The government later said it did not disclose the huge loans as they were a matter of national security, allegedly linked to unrest between 2013 and 2016 that echoed the country's civil war, which ended in 1992.

- Waiting for the windfall -

The debts were supposed to be repaid via an anticipated windfall from recently discovered natural gas deposits -- but that has so far failed to materialise.

"It threatens the wellbeing of the Mozambican people in the present and in the future.

"The government has overly optimistic expectations regarding the collection of revenues from gas that may or may not be effective given price volatility."

When news of the secret loans broke, major donors -- including the International Monetary Fund (IMF) and World Bank -- suspended aid to the southern African nation, pitching it into further economic hardship.

Economic growth fell from 6.6 percent in 2015 to 3.7 percent in 2017, with government debt soaring to 112 percent of gross domestic product (GDP) by the end of last year.

The IMF this month issued a report blaming the country's economic woes partly on "undisclosed loans in the spring of 2016 and the ensuing freeze in donor support".

Last year an audit by New York-based forensic accountants Kroll compounded the crisis when it concluded that $500 million of the $2 billion borrowed from foreign banks including Credit Suisse was still unaccounted for.

The loans were taken out under the previous government of Armando Guebuza, but the political hangover has dominated the reign of President Filipe Nyusi.

With an eye on fragile voter support, Nyusi is seen as reluctant to expose those in the ruling Frelimo party responsible for the debt scandal -- a stance that prevents the IMF beginning an aid package.

"Nyusi is currently positioned to narrowly win the 2019 presidential election but will need to ensure that senior Frelimo members are not implicated in the secret debt scandal," said the Eurasia risk consultancy.

"Therefore he will be forced to ignore the demands of the IMF and donors for further disclosures."

The opposition Renamo group, which has been growing its support and hopes to receive a major boost at local polls later this year, has described the debt as illegal and void.

"We cannot pay debt that does not belong to Mozambicans. Using gas revenue to pay off debt is macabre -- you can't use a nation's resources to pay illegal debts," Renamo spokesman Jose Manteigas told AFP.

"We want criminal accountability of people who have contracted the debt and those who have diverted money for illicit purposes."

Venancio Mondlane, an MP for the opposition Mozambique Democratic Movement, said the government, prosecutors and the ruling party were working together to "thwart any attempt at accountability".

He also called for the creditors to be held responsible under international law for the "illegitimate" loans.

The debt has already built up $636 million in arrears -- but revenues from the new gas fields are only predicted to kick-in by 2023.

For now, Mozambique and its debt holders have little choice but to continue talks despite their differences, with another meeting planned in April.

The Global Group of Mozambique Bondholders said it hoped to soon begin negotiations "in good faith to achieve a fair settlement".

Meanwhile, there is little hope on the horizon of any real change for the nearly 50 percent of Mozambicans who live in poverty, according to World Bank statistics.

Africa » Be a reporter: Write and send your article » Subscribe for news alert
Tags: Mozambique, debts