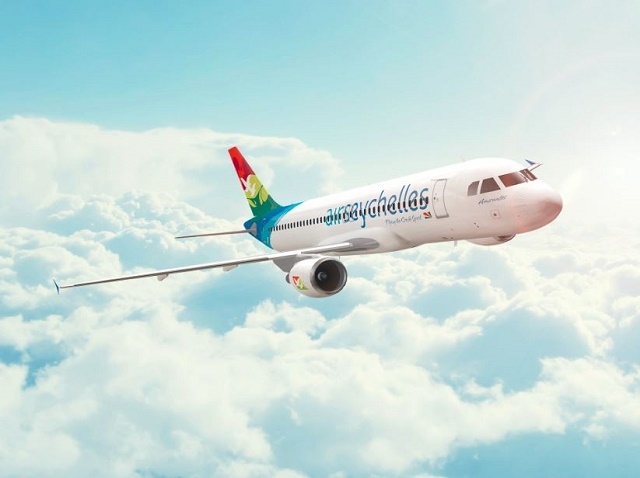 Loustau-Lalanne said that the restructuring will allow Air Seychelles to become a sustainable company in the fiercely competitive aviation industry. (Air Seychelles)

(Seychelles News Agency) - Air Seychelles, the island nation's national carrier, is cutting 174 of its staff as the airline undergoes restructuring, the Minister for Tourism, Civil Aviation, Ports, and Marine told the National Assembly on Tuesday.

The announcement drew a rebuke from leaders in the National Assembly, who said the cuts must be put on hold, as well as complaints from an official with the workers union.

Minister Maurice Loustau-Lalanne said that the restructuring will allow Air Seychelles to become a sustainable company in the fiercely competitive aviation industry.

“The labour force will be reduced and 202 posts will be affected.  These will include 174 employees who will lose their jobs and 28 vacant posts which will not be filled,” said the Minister.

The airline currently has over 800 staff across 13 departments. Cabin crewmembers will be the most affected in the downsizing. Only four departments of the company will not be affected, including the ground handling service.

Loustau-Lalanne explained that meetings in each department where staff will be affected have already been held.

“It is regrettable that Air Seychelles has to reduce its commercial and operational activities which are affecting many jobs. But this will help to save the national airline," he added.

"Together with its partner Etihad Airways, Air Seychelles will concentrate on reducing its costs of operation, ensure it covers its expenses and make profits. It will also aim to maintain its title as leading airline in the Indian Ocean as well as improving its service with a Creole spirit,” said the minister.

Loustau-Lalanne said the airline will be concentrating in areas where there are advantages for it and where profits can be made. “These include ground handling, cargo handling, domestic operations as well as regional service to Abu Dhabi, Mumbai, Mauritius and South Africa.”

The minister said that all established labour laws were respected during the process to downsize the company. He said that all affected staff will be paid all their dues and compensations.

After the statement, both leaders in the National Assembly – Wavel Ramkalawan, Leader of the Opposition, and Charles Decomarmond, Leader for Government Business – rejected the statement and demanded that the exercise be put on hold.

Loustau-Lalanne along with the Minister for Employment has been recalled to the Assembly next Tuesday. A copy of the contract signed with Etihad Airways will also be submitted to the National Assembly.

Back in 2011, after operating at a loss for two years in a row, the national airline embarked on a restructuring programme where workers were laid off. Its human resources were downsized by 20 percent.

In February 2012 the United Arab Emirates national carrier, Etihad Airways, invested US$45 million in Air Seychelles for a 40 percent share in the airline following problems of management and profitability.

Antoine Robinson, who is with the Seychelles Federation of Workers Union, told SNA on Wednesday that voluntary departures should be considered by the airline.

Robinson said that the package being offered is also not enough. “Take the cabin crew members for example. Their basic salary is already low, this is beefed up with an allowance, whenever they fly.  We had asked that Air Seychelles consider a six-month package including the allowances. It is sad that this has not been considered. Instead, a three-month package is being offered.”

Robinson adds that staff was not consulted and they are being forced to accept whatever is being given to them.

An Air Seychelles staff told SNA that what is happening is sad. “All these people losing the jobs and we have to think not only of the staff but of their families who will be greatly affected as well.”

Loustau-Lalanne said that staff who have lost their jobs will be assisted to find new employment locally.

“Together with the Ministry for employment, we will help them to find suitable employment in the hospitality industry. The Ministry of Employment will also be organizing a recruitment fair on April 12th at the ICCS. Later in May, another fair will be held on Praslin,” said Loustau-Lalanne.

The fleet used for domestic flight will also be reduced as one of the six twin otters will be sold.

Air Seychelles, the national carrier of Seychelles – an archipelago in the western Indian Ocean was founded in 1977.