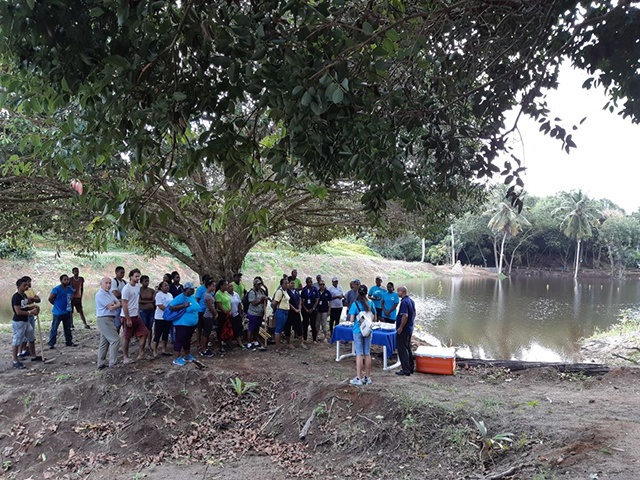 (Seychelles News Agency) - A project to rehabilitate watersheds and catchment areas by planting 4,000 trees native to Seychelles is planned for 2018.

James Millett, scientific and technical advisor of the Ecosystems Based Adaptation project, said that “the overall aim of the project is to help people to adapt to future climate change.” The project has two aims, he said.

“One is to improve water management in rivers by enhancing wetlands and natural water courses,” said Millett. The second component has to do with the rehabilitation and protection of forests.

The project is being funded by the Adaptation Fund, which finances projects and programmes that help vulnerable communities in developing countries adapt to climate change. Initiatives are based on country needs, views, and priorities.

The Adaptation Fund was established under the Kyoto Protocol of the UN Framework Convention on Climate Change and has committed $357 million in 63 countries since 2010 to climate adaptation and resilience activities.

Millett said that the project is hoping to plant up to 4,000 endemic trees. “Invasive species have already been thinned out and we are hoping to reinforce by planting native trees to aid regeneration these forests,” said Millett.

The 10 native species are being planted, some are found only in Seychelles – a group of islands in the western Indian Ocean. Millett said that “we are seeking a local growers and nurseries who can provide the project with these saplings.”

The list includes some of the islands rarest species such as the Bwa de nat (Mimusops seychellarum) which is classified globally as Near Threatened.

Damien Doudee, who has worked with the propagation of endemic plants for over 20 years said that the project is a good way to ensure the survival of some of the islands' rarest and threatened native plants.

“My only concern is people supplying these plants to the project do not interfere or jeopardise healthy forests where these plants grow naturally, or where it has been planted. I think they need to be educated in this regard.” For this reason Millett said the project will not accept saplings taken from the forest.

Doudee adds that these species have been well chosen for the purpose of the project.

Millett said that the method of forest rehabilitation being used is one which was developed with the assistance of the University of Seychelles and ETH Zurich.

According to Millett, this method is very important. Forest clearance makes open clear areas that offer the right conditions for (non native) vines and other creepers to take over. Millett said that the project is managing the light conditions in the rehabilitation areas.

“In some areas, we see that native trees and palms are growing naturally from seed, however, this natural regeneration process can be reinforced.  So we are under-planting – that is to say under the existing canopy of trees – to reinforce regeneration,” said Millett.

Millett said that the plants that are being sourced are ones which occur naturally in water catchments or near rivers and wetlands. “Species such as the Bwa nat and Bwa mon per are those which has value for ecosystems future service provision.”

Millett said these trees will be planted in two areas with important water catchments. These are areas are at Val D’en Dor in Baie Lazare and at Caiman Anse Boileau – two districts in the south west of Mahe – the main island of Seychelles.

The actual tree planting will take place later, between October and March when the weather condition is more favorable as currently, the dry season is approaching.