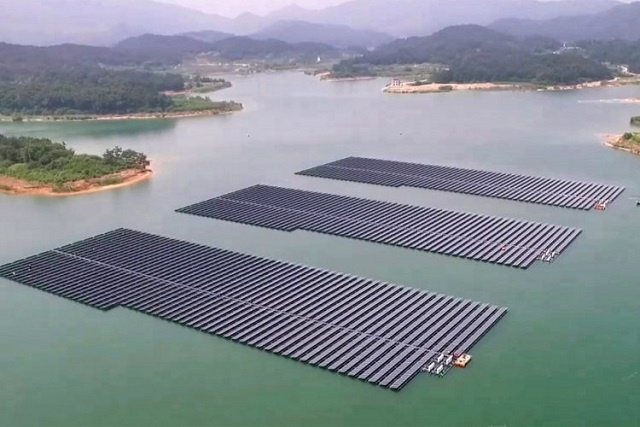 The project will be located on the lagoon at Le Rocher, in the district of Les Mamelles (cceonlinenews.com)

The chief executive officer of the commission, Tony Imaduwa, told SNA on Monday that this project will inject clean and green energy into the island nation's electricity system.

“It will be expected to contribute around 5.8 GWh annually. This new initiative will also contribute to a reduction in fossil fuel importation which translates to savings in foreign exchange for the country. This will provide green jobs during the implementation. The construction phase will also provide opportunities to local businesses,” said Imaduwa.

The energy from the new project "equates to 1.6 percent of our national energy target set for 2030. So far with all the renewable projects being undertaken, we will reach 5 percent of our target by 2020. Therefore we will have to work out on how to reach the extra 10 percent by 2030,” explained Imaduwa.

The National Energy Policy of Seychelles has set a target of producing 15 percent of the national energy demand from renewable sources by 2030.

The project will be located on the lagoon at Le Rocher, in the district of Les Mamelles on the eastern coast of the main island of Mahe.

“Even if it is in seawater the reclaimed land around the lagoon provides protection from waves and salt spray,” said Imaduwa.

“For small islands with limited land resources, exploring renewable energy installation in our waters is a must if we want to strengthen our energy security,” added Imaduwa.

Seychelles, a group of 115 islands in the western of the Indian Ocean, is not new to Solar PV. Numerous public and private buildings are generating power by solar energy.

Another new initiative on the island nation is a project to install the first solar energy-powered ice plant. The new solar-powered ice plant is part of a project on how to use solar photo voltaic panels to improve the facilities of the fishermen of Bel Ombre and help enhance safety and security at what is considered Seychelles’ largest artisanal fishing port in a village community.

Another big project concerning solar PV system relates to that of an agreement signed between the Ministry for Environment, Climate Change and Energy and the Chinese department of Climate Change National Development and Reform Commission.

The agreement is to install solar PV system on Curieuse Island – a national park close to Praslin, the second most populated island and 41 schools in Seychelles.

The agreement serves as a key to unlock at least 30 million Chinese Yuan, around $4.3 million, as a grant from the Chinese government to accelerate the transition to a low-carbon economy.

Imaduwa said if this project works really well, the opportunity to replicate is huge and land spare from renewable energy installation can be used for other purposes. The chief executive adds that “planning permission has already been sought and the project is expected to be completed in 2019.”

The tender for the project - Floating Solar Photovoltaic (PV) system - will be launched for interested companies.