Putin to begin fourth term, but what happens in 2024? 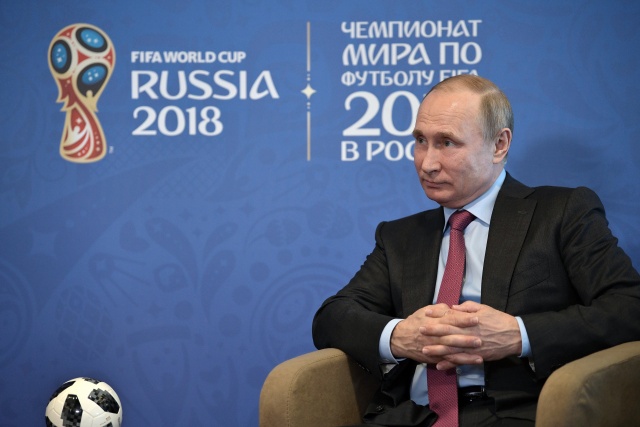 (AFP) - Vladimir Putin will be inaugurated for a historic fourth term on Monday, extending his almost two-decade rule by another six years after predictably winning Russia's March presidential election.

But with no successor and no political competition, what are the possible scenarios when his term ends in 2024?

Without constitutional reform, Putin will not be able to run for a fifth time -- Russian law forbids serving more than two consecutive terms.

Putin, who will turn 72 in 2024, could decide to leave the Kremlin after 24 years in power, making way for a successor.

Russian politics is now dominated by infighting between rival clans of technocrats and the "siloviki" -- representatives of the security services and the army.

"There is already a fight for influence," said political analyst Nikolai Petrov. "Nobody will wait passively, each group will try to promote its interests," he added.

In a March interview to American TV channel NBC, Putin said he had been thinking of a potential successor since 2000.

"There is no harm in thinking about it but at the end of the day it will be the Russian people who decide."

But in making sure no one can compete with him, no politician is currently popular enough to succeed the Kremlin chief. Many analysts say Putin leaving power in six years is unlikely.

One way Putin could continue ruling Russia after 2024 is to stay in power in a different role.

The Russian strongman could revisit his 2008 move, which saw him put forward Dmitry Medvedev as president while he himself became prime minister before returning to the Kremlin in 2012.

"Putin may prepare the regime for a transfer of power. But not from Putin to another president but from Putin to Putin in some other role," said Petrov.

But memories of mass protests in Moscow when Putin and Medvedev swapped back and Putin returned to the Kremlin may put the Russian leader off this option.

Putin's age also makes this scenario problematic. Putin will be 78 in 2030, when he is constitutionally allowed to run for another term.

Konstantin Kalachev, head of the Political Expert Group think tank in Moscow, said Putin knows his successor will have to introduce unpopular economic reforms and wants to "go down in history as the man who did not lose at anything".

"I don't think he will refuse power in 2024 even if he has had enough, he is (already) visibly tired," said independent political analyst Dmitry Oreshkin.

"He can't leave because he does not believe that anyone will protect him," he added, saying that Putin has built a system in which everything depends on who is at the top.

So far, Putin has ruled out ruling Russia for life.

"I never changed the constitution, especially for it to benefit me and I do not have this kind of intention today," he told NBC in March.

Oreshkin said Putin does not want to be remembered for changing the constitution and that if he were to remain president for life, it would be done "more elegantly" than in China.