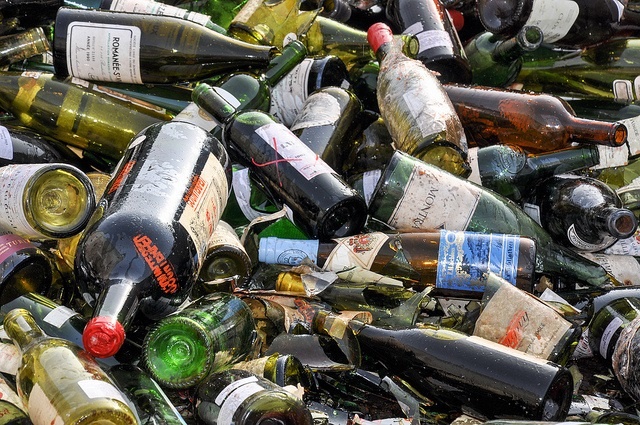 The glass bottle scheme is the latest initiative by the government to better manage waste. (Lynzey Donahue, Flikr) Photo License: CC BY 2.0

(Seychelles News Agency) - The government of Seychelles in July will introduce a levy and redeem scheme on glass bottles.

A top official from the Ministry of Environment, Energy and Climate Change said the levy is being introduced as part of the ministry’s strategy to reduce the amount of waste being dumped at the island nation’s landfills.

Nanette Laure told SNA on Monday that the “levy will be put on alcohol and some non-alcohol bottles. The levy of $0.15 will take effect as of July 1. We will then use the first six months of the scheme as a grace period to collect the funds.”

Laure said that it is normal procedure to cover the landfill. Currently, coral fill is being used for this purpose, but Laure explained that sometimes there are challenges to get enough coral fill for the landfill cover.

The glass bottle scheme is the latest initiative by the government to better manage waste. This is after the first landfill located at Providence, on the eastern coast of the main island of Mahe, was closed and a second sanitary landfill was opened in 2017.

This was the island nation's first state-of-the-art facility to reduce underground pollution and protect groundwater supply. The sanitary landfill, funded by the European Union, covers an area of 26,000 square metres.

Local not for profit organisation Sustainability for Seychelles (S4S) has welcomed the levy but is not satisfied until a levy is imposed on all glass bottles.

“The market is saturated with glass bottles. There is a variety of lemonades, juices and beers. I think if a levy is imposed it should be for all of these bottles because otherwise these remain around in the environment or they end up as a heap somewhere or as broken glass on the beach and everywhere else,” said Marie Therese Purvis, chair of the board of the organisation.

Purvis adds that the crushing of glass is something that the organisation had started to do. “We had a project through which we received a grant from European Union. We bought a machine to crush the glass and the idea was to collect glass bottles from hotels and other tourism establishments. The crushed glass was then used to mix with concrete for roads,” said Purvis.

“Even though the project failed after a year, we are happy to see that the authority has taken the idea to recycle these bottles and that it has a purpose instead of just being dumped,” adds Purvis.

The Ministry of Environment, Energy and Climate Change said that tenders for the redeem centres will also open in July.

“We will tender out the process for the collection of the glass bottles. On Mahe, we are hoping to have different redeem centres on a regional basis. We will have one centre on each of the two other islands of Praslin and La Digue” adds Laure.

The glass bottles redeem system is not new. Already some companies such as Waterloo, Seybrew and Takamaka Rum amongst others do have a redeem scheme for their products.

All landfills in Seychelles – a group of 115 islands in the western Indian Ocean – are government owned.

General » Be a reporter: Write and send your article » Subscribe for news alert
Tags: European Union, Sustainability for Seychelles