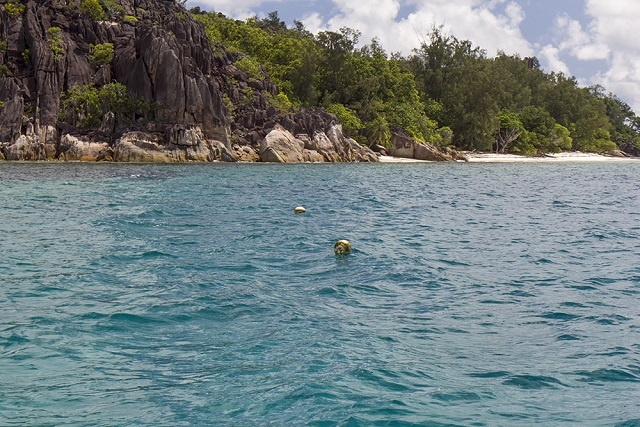 (Seychelles News Agency) - The Seychelles National Parks Authority is embarking on a series of reef restoration projects to commemorate 2018 as the year of the coral reef.

The Authority is also working with the Earth Watch Expedition which is currently on the island nation conducting its 12th expedition.

An official from the authority said that “coral reefs are one of the most diverse ecosystems on earth and are known to support a variety of marine species including different types of fish. In Seychelles particularly, they provide a vast amount of goods and services to the community such as fisheries, tourism, and coastal protection.”

Ravinia was speaking to SNA on Wednesday as the authority launched its calendar of activities to commemorate the year of the coral reef.  Ravinia said that even though officially the activities are being launched this week, since the beginning of the year the authority has undertaken coral translocations.

“This project is part of the coral eco-based adaptation project which is being done both in the sea and on land. On land, we have developed nurseries. Corals were taken from the sea where we have done some research and discovered that the corals were resilient and do not die easily,” explained Ravinia.

Two major coral bleaching were experienced by Seychelles – a group of islands in the western Indian Ocean. The first was in 1998 and the second in 2016.

Ravinia said that since last month Earth Watch is conducting its “annual coral reef monitoring in the ecologically diverse and unique Marine National Park of Curieuse. The expedition will also be conducting its socio-economic research study on local communities of the three main islands of Praslin, Mahe, and La Digue.”

The Earth Watch programme is funded by Mitsubishi Corporation.

The Coral Reef Research programme is led by Professor David Smith, a senior lecturer in Marine Biology from the University of Essex. The programme, which was established in 2006, maps all the major coral reef habitats within the Curieuse National Marine Park, assessing their biological richness and uniqueness, explained Ravinia.

The researcher adds that “annually the expedition carry out surveys at key monitoring stations and conducting aquarium experiments.

Currently, the research focuses on determining which environmental conditions most drive reef degradation, which factors affect coral reef resilience and tolerance to thermal stress, which species will face the most negative effects and how changes in habitat quality may impact ecosystem biodiversity.”

Ravinia said that Seychelles is fortunate to host this expedition because it was the group who discovered where the corals and reefs were the most resilient after the two incidences of bleaching.

During this year’s exercise, two staff of the authority will join the coral reef research programme. The two Seychellois join other researchers from England, Kenya, and Poland.