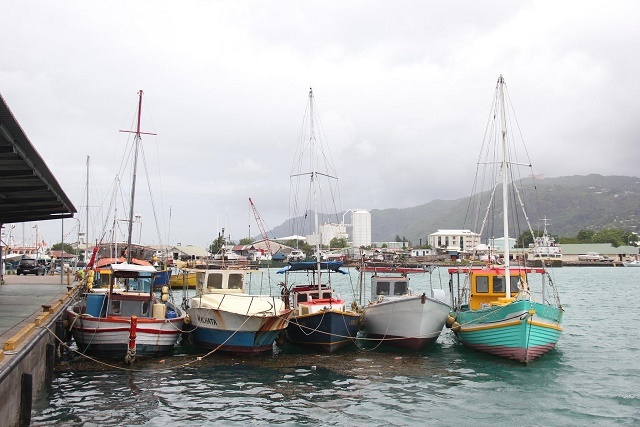 The new law will help the Authority reduce the number of fishing boats that get lost at sea especially during the south-east monsoon which runs from May to October. (Patrick Joubert)

(Seychelles News Agency) - Improved safety on board passenger boats and small fishing vessels is the aim of a new law being proposed by the Seychelles Maritime Safety Administration (SMSA).

The proposed law is one of the subjects being discussed at a five-day workshop taking place in the island nation on the safety of domestic passenger ferries and fishing vessels. A bill is expected to be submitted for approval next month to the National Assembly -- the legislative body of Seychelles, an archipelago in the western Indian Ocean.

“We will be doing two things during this workshop. We will be discussing safety on ferries, in our case the Cat Coco, and safety on small fishing vessels,” said Joachim Valmont, chief executive of the Maritime Safety Administration, told the press on Monday.

Valmont said that the “revision in our laws will allow SMSA to become the authority to make surveys and issue safety certificates on fishing vessels, which we were not doing before.”

The new law will help the Authority reduce the number of fishing boats that get lost at sea especially during the south-east monsoon which runs from May to October. The strong winds during that period make the sea quite rough.

Valmont said that it is common to have fishermen get lost at sea during the south-east monsoon season and it is important to improve on that.

The workshop, which runs from May 14 -18, is being organised by SMSA in partnership with three consultants of the International Maritime Organisation (IMO) and funding from the Norwegian government.

One of the IMO consultants, Miguel Nunez, told the press that they are here to help Seychelles conform fully to the laws of the International Maritime Organisation. He said that many countries are not abiding to international convention laws in regards to domestic passenger ships.

“This issue is very important so we will deal with that to have more knowledge of the tools they have to implement the regulations. Lastly, we will deal with fishing vessels. This country has a lot of fishing grounds and it is important that you learn different safety tools,” said Nunez.

The revision of the SMSA law which has been done in collaboration with the Ministry of Tourism, Civil Aviation, Ports and Marine, will allow the authority to become autonomous.

The new law is expected to be implemented beginning of next year and once it comes into force there will be penalties for non-compliant vessels after the grace period expires.