James Michel Hailed a Pioneer in Promoting the Blue Economy 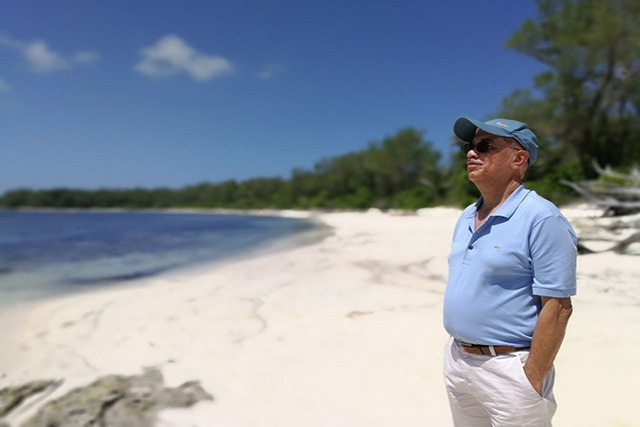 The Executive Chairman of the James Michel Foundation and former President of the Republic of Seychelles, James Michel has been acknowledged as a pioneer in promoting the idea of the Blue Economy in a set of reviews of his book, Rethinking the Oceans: Towards the Blue Economy.

The reviews appear in the prestigious Journal of the Indian Ocean Region, the current issue of which is devoted to the Blue Economy.  In the same vein, Seychelles itself is acknowledged by one reviewer as ‘one country that has been a crucial policy entrepreneur and advocate in raising the profile of the world’s oceans’.

As well as a supportive mention in the Editorial, the three contributors to the ‘Book Review Symposium’ all provide positive comments on Michel’s book.  Dianne Meredith of California State University-Maritime Academy credits its comprehensiveness and clarity, adding that ‘the primary tone of the book is visionary and encouraging’.  Another reviewer, Professor Christian Bueger of Cardiff University, UK, sees this as ‘a very useful and, indeed, fascinating understanding of the Blue Economy’; it is ‘a programmatic text on ocean governance that is likely to set the agenda for years to come’.

In turn, Vijay Sakhuja, Director of the National Maritime Foundation, New Delhi, agrees that, while the book is written from the perspective of an island state, it is not difficult for bigger maritime states to appreciate the relevance of the Blue Economy.  As Michel argues in the book, ‘we are all islanders now’.

Sakhuja also points out that the former president remains a keen advocate of the cause, having formed his own Foundation, the James Michel Foundation and being actively engaged in lecturing at ‘international conferences, seminars and think tanks which attract large audiences who appear to draw inspiration from his vision of Blue Economy’.

Commenting on the publication, President Michel says he is greatly encouraged by the independent reviews which in a way are recognitions of the hard work he started during his presidency and continues to do today through the James Michel Foundation to not only promote the Blue Economy concept, both in its national and international aspects but also to sensitise people about climate change and its impacts on Seychelles and the world, to promote environmental protection and sustainable development and defend and promote the cause of small island developing states.

“I would like to extend an invitation to like-minded individuals and organisations across the globe to join me and my foundation in our tireless efforts in championing the Blue Economy concept. There is so much to be done and we need your support”, Michel concludes.