5 threats worth noting in Seychelles on Plant Conservation Day 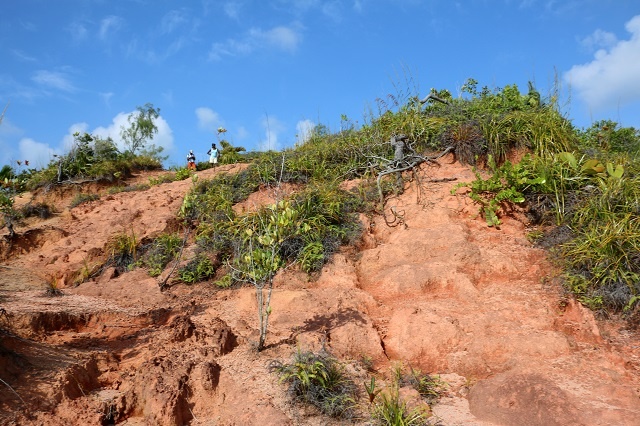 (Seychelles News Agency) - May 18 is Plant Conservation Day, a day when the Botanic Gardens Conservation International invites global celebration dedicated to preserving, protecting, and conserving plants for people and the planet

In Seychelles, over 50 percent of the archipelago has been declared nature reserves or national parks protected under law. But despite this status, there are areas still under threat.

SNA looks at five threats to the native species and forests of the island nation.

One of the major threats to the native species and forests of Seychelles is the rampant spread of a number of alien plant species across the islands. Invasive species have not only caused several extinctions and reduced populations of many species to extremely perilous levels but also affected the ecosystem process.

These plants, such as cinnamon, were introduced in early colonial days for commercial purposes but have since invaded the low-lying areas and plateaus of most granitic islands of the archipelago.

Habitat loss, fragmentation and changed land use have seriously reduced population sizes in many tropical forest tree species. Development in the Seychelles is also an increasing factor contributing to the loss of forest biodiversity as it is carried out in the mountains as coastal area become increasingly scarce and expensive.

Socio-economic threats such as an expanding human and tourist population result in increased demand for all resources, including land and water, which of course will affect plant habitats. Currently, the population of many native species are now small, scattered and often far apart.

As humans settled on the Seychelles granitic islands, they cut down the forests, felling all good timber trees and clearing land for houses and agriculture. This resulted in overexploitation of native tree species and habitat destruction. Once the native timber was finished, much of the land was used to grow plants that could earn money for the country.

This remains one of the greatest threats to forest ecosystems and according to Seychelles’ Third National Report to the Convention of Biological Diversity in 2010, there are on average two to three bushfires recorded per year.

Forest fires have led to habitat loss and land degradation through erosion of soil from land left bare by the fire. This has been a particular problem on Praslin, the second most populated island.

Poaching continues to be a hindrance to one of the endemic species of Seychelles – the coco de mer. In recent years, incidents of poaching have continued to rise on Praslin Island, and on the nearby island of Curieuse.

A two-year survey was carried out in 2014 on Curieuse Island confirmed that poaching is harming the population of the coco de mer, the largest seed in the plant kingdom. The survey revealed that out of over 6,500 trees only 272 nuts were found on the island.