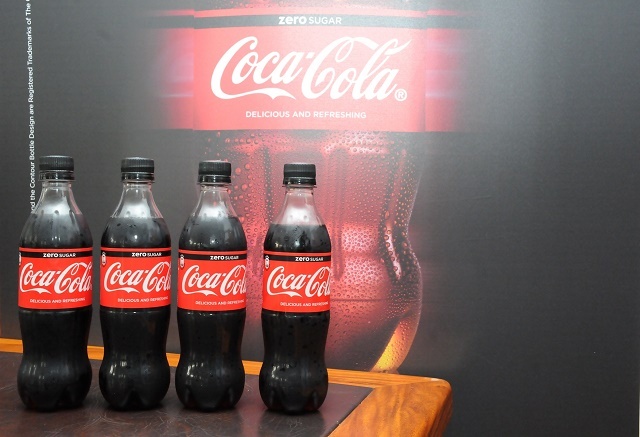 (Seychelles News Agency) - The Seychelles Breweries company has launched its Coca-Cola Zero -- a sugar-less beverage -- on the local market amid the government’s plan to begin taxing sugary drinks in the island nation in 2019.

The company's managing director, Nick Cook, said this is a “deliberate step taken by the company to respond to the changing taste and preferences of an increasing number of people becoming more mindful of their diet and sugar intake.”

“With zero sugar, its pleasant taste is achieved through the addition of alternative sweeteners. This product is another proof of Coca-Cola’s innovative power that has guaranteed growth for the past 130 years, making it one of the most-loved brands in the world,” said Cook.

The managing director said that he is very proud of this achievement and think that the drink will be a success.

“The demand has been great so far. If we look at the world the number of people switching to the original Coca-Cola to the zero sugar one is increasing,” said Cook.

Aside from the taste, the new sugar zero Coca-Cola is also different.

“It is a bit different from the original Coca-Cola because of the variant. But Coca-Cola as a global brand wants to retain red as kind of its core identity. But the difference will be the cap and the settle band around the top, which is black,” said the managing director.

The sugar-free drink comes at a time when the government of Seychelles, a group of 115 islands in the western Indian, is planning to introduce a tax on sugary drinks next year in an effort to counter rising obesity. The increased tax rates have not yet been set.

The innovation and project manager, Matija Pisk, said there will be a marketing campaign to promote the new product.

Pisk added that consumers will not have to wait for another 10 years for another invention as there will be another new release soon.

Seychelles Breweries is a mass-production brewery and one of the largest companies in Seychelles producing soft drinks and alcoholic beverages, including its signature beer, Seybrew.