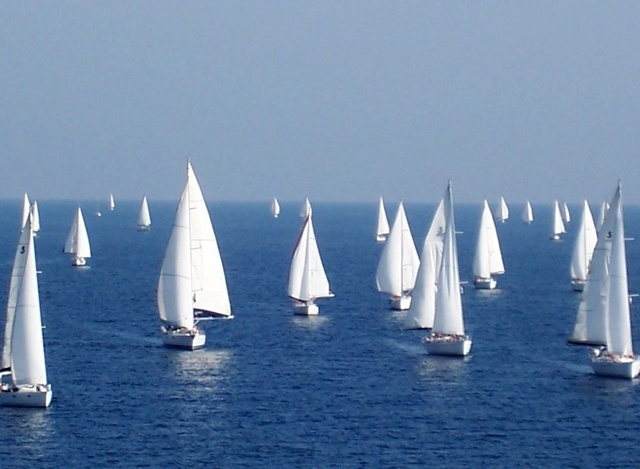 (Seychelles News Agency) - After a six-year break, the Seychelles Regatta returns for a 4th edition from Sunday, May 27 to June 3.

Ten boats with around 100 skippers and crew members are expected to take part in the competition, including an all-female boat and an all-Seychellois boat. The regatta will be spearheaded by France-based company ‘Publi  Voile.’

The Seychelles Regatta will start at Eden Island, a reclaimed land on the eastern coast of Mahe, the main island. Each day sailors will be able to visit different islands and for this edition, a few more islands have been added to the itinerary.

As has been the case in the past Regattas, some high profile professional skippers will be participating.

“We are lucky to have three generations of skippers joining this year’s race. Even in Europe, there hasn’t been one race that has been able to bring all of them together,” said Regis Elhaouel, general manager of ‘Publi Voile’ -- the main organiser of the event.

“Firstly we have the Michel Desjoyeaux, Roland Jourdain and Franck-Yves Escoffier generation. We also have the current champions, in the likes of François Gabart and Franck Cammas and then we will also be having the young skippers who are yet to be well-known, but who are now winning all of the races,” added Elhaouel.

After the opening ceremony on Sunday, the Regatta sailing races will start on Monday with the skippers heading first to Silhouette departing from Eden Island. The itinerary has been designed to showcase some specificities of Seychelles, including some of the private islands.

The Seychelles Regatta is a sailing competition which aims at offering a balance of rigorous sailing and tourism by encouraging a discovery of the 115-island archipelago in the western Indian Ocean. First launched in 2009, the Seychelles Regatta was held for three consecutive years until 2011.

Speaking to SNA, the chief executive of the Seychelles Tourism Board, Sherin Francis, said that with its perfect weather throughout the year, Seychelles is slowly becoming popular for its water sports activities. She said that the Regatta will bring additional visibility for the island nation.

The dates chosen for the sailing competition has been timed with the start of Seychelles’ southeast trade winds which provide winds of between 15 to 20 knots.

This makes it harder to attract international skippers, as this time of the year coincides with the peak sailing season in Europe.

Nevertheless, Francis hopes that the sailing competition remains on the Seychelles’ calendar of events, with even more participants in future.