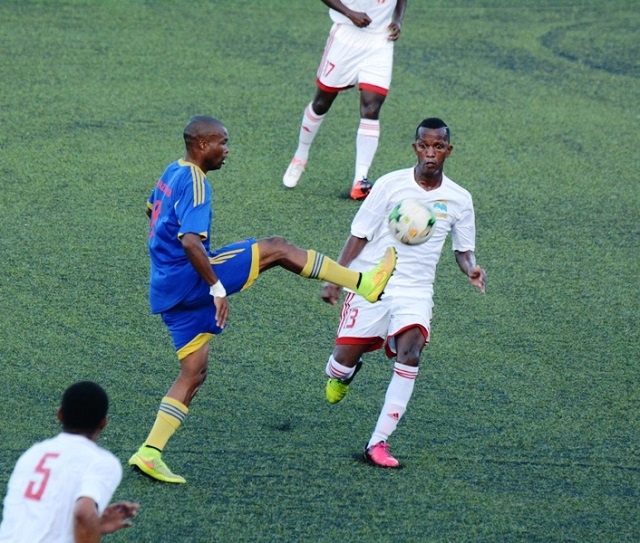 This was the second daw for newly recruited coach Gavin Jeanne after a goalless score against Swaziland in a friendly match. (Seychelles Nation)

(Seychelles News Agency) - The Seychelles’ men’s national team fought back to hold Comoros to a 1-1 draw in its opening match of the Council of Southern Africa Football Associations (Cosafa) tournament in South Africa on Sunday.

The Seychelles’ side equalised in the 83rd minute with a goal from Leeroy Corallie after the Comorians had taken a 1-0 advantage in the 60th minute of the match.

Local football analyst Ulric Mathiot said the score was a good one for Seychelles.

“In a tournament, you always try to get a positive result in your first match so as not to affect the players' morale at the beginning. Getting a 1-1 score was quite good,” he said.

Mathiot said he watched the second half of the match and although Comoros was attacking more, the Seychelles' team was able to come back after conceding to score an equaliser.

“This is a good sign. It shows that even when we are losing we are still fighting for a chance to score. It also shows that the new coach is working a lot on his defensive system,” Mathiot added.

After the matches played on Sunday, Group A, which includes Seychelles, is led by Madagascar with 3 points after defeating Mozambique 2-1.

Seychelles will take on the Madagascans on Tuesday in their second encounter of the tournament.

Mathiot said that this might be the most difficult match for the team from Seychelles, an archipelago in the western Indian Ocean.

“I watched the match Madagascar won against Mozambique and I can say they have a very good team. The toughest part for us will be the recuperation of the players in time to face Madagascar. But you never know this is football and anything is possible,” he said.

All 14 members of the Council of Southern Africa Football Associations (Cosafa) are competing in the annual tournament from May 27 to June 9. The first week of the competition will be the group stage where each team plays three games in their pools.

After the six teams who are eliminated from the group stage, they will be replaced by the top six seeds, who arrives at the quarter-final stage. These will be defending champion Zimbabwe, last year’s runner-up Zambia, host country South Africa and Namibia, Lesotho and Swaziland.

Sport » Be a reporter: Write and send your article » Subscribe for news alert
Tags: Council of Southern Africa Football Associations