Nature Seychelles: Praslin coastal fishery plan is a disruption of the business-as-usual model 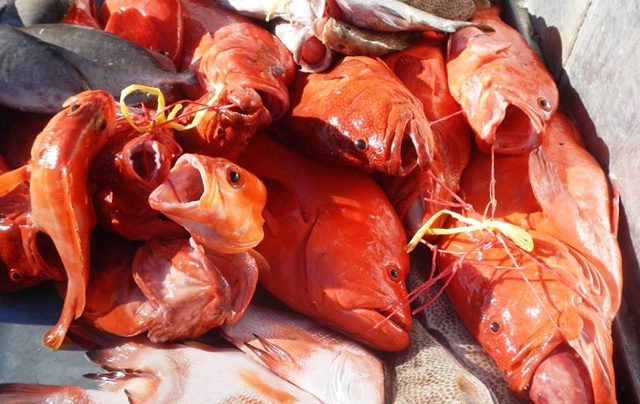 (Seychelles News Agency) - One of Seychelles’ largest environmental conservation NGOs, Nature Seychelles has welcomed the draft coastal fishery management plan for the Seychelles second most populated island of Praslin which was announced by the Seychelles fisheries authorities together with the Praslin island fishermen last week.

In an email statement to SNA, Nature Seychelles Chief Executive Dr. Nirmal Jivan Shah congratulated the Praslin fishermen in particular the Praslin Fishers Association (PFA) for the finalization of the fishery plan.

“Nature Seychelles is a member of the Praslin Fisheries Co-Management Coordinating Committee (PFCCC) chaired by the PFA and has been supporting this initiative because as Shah says “it’s the first real co-management process for any natural resource in Seychelles,” reads the statement.

“Whilst the plan is very important for sustainable fisheries, the process underpinning it is as vital for all other sectors because it is a disruption of the business-as-usual model which is government making the decisions and leading the implementation” says Shah.

Shah said that the Seychelles Fishing Authority (SFA) had an “innovative vision” by taking this new approach, adding that “that this is the right way to achieve effective management of other parts of the natural environment.”

Shah called for transparency when co-management management outsourcing of natural resources is to be undertaken.

The statement adds that co-management of fisheries resources will be legalized when the new Fisheries Bill which contains this provision is approved by the National Assembly.

“The Praslin fishery co-management plan process is an example of what could be the norm in all sectors to achieve President James Michel’s recent call for national unity,” said Shah.

The project is only the first step to see if a bigger and more ambitious one to formulate a national fishery management plan for the whole of the Mahé plateau can be implemented.

The project, which was funded by the United Nations Development Programme (UNDP), the government of Seychelles and Global Environment Fund (GEF), studied aspects such as the stock of those fish species caught by trap fishing, through the monitoring of the catch, the number of traps laid and the area in which they are put among others.

After the Cabinet of Ministers has approved the plan and the Seychelles National Assembly approves the “Fisheries Bill” then its implementation will start.

Fishing is one of the main economic activities among the islanders, fishing is in fact the second pillar of the economy after tourism.