More US staffers evacuated from China over mystery illness 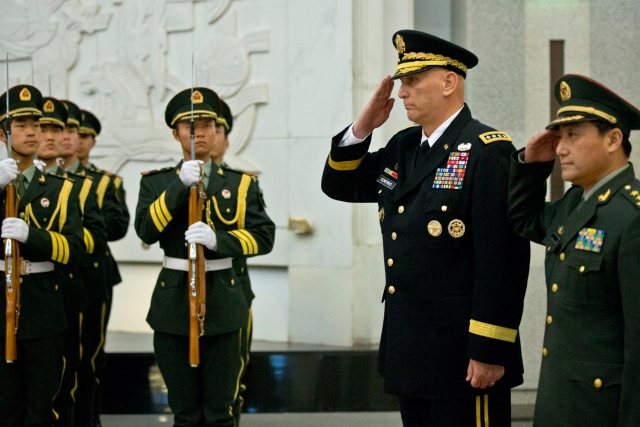 (AFP) - The US State Department has evacuated more staff from China over fears they may have been hit by a mysterious illness that has struck other colleagues in the Asian country and Cuba.

The department said Wednesday that "a number of individuals" were sent to the United States for further evaluation following initial screenings.

A medical team was sent to the southern city of Guangzhou after an American employee who had experienced strange sounds was diagnosed with a brain trauma last month, reviving fears that a US rival has developed some kind of acoustic or microwave device.

US officials have said that the employee's symptoms were consistent with the ailments that US diplomats experienced in Cuba last year.

After the first incident in Guangzhou, medical tests were offered to US government employees and family members who requested it, the State Department said.

"The medical screenings are ongoing for any personnel who have noted concerning symptoms or wanted baseline screening," State Department spokeswoman Heather Nauert said in a statement.

"US medical professionals will continue to conduct full evaluations to determine the cause of the reported symptoms and whether the findings are consistent with those noted in previously affected government personnel or possibly completely unrelated."

Washington has said in the past that Cuban authorities must take responsibility for the safety of US diplomats on their soil, but the Havana government denies any knowledge of an attack.

The US has set up a task force to oversee the response to the mystery ailments among diplomats in China and Cuba, Secretary of State Mike Pompeo said Tuesday.

The State Department has warned that US diplomats should alert their mission's medical staff "if they note new onset of symptoms that may have begun in association with experiencing unidentified auditory sensations."

The cases come at a sensitive time in relations between the United States and China, with the two nations mired in negotiations aimed at prevening a trade war and exchanging heated rhetoric over Beijing's claims to the South China Sea.

The Chinese government, which has conducted its own investigation, said late last month that preliminary findings did not yield any clues to determine the cause of the ailment afflicting the first American employee.

During a visit to Washington in May, Foreign Minister Wang Yi said China had not "found that any organization or individual has carried out such a sonic influence."

Wang warned against the case being "politicised".

General » Be a reporter: Write and send your article » Subscribe for news alert
Tags: US, diplomacy, Cuba, China, health, politics