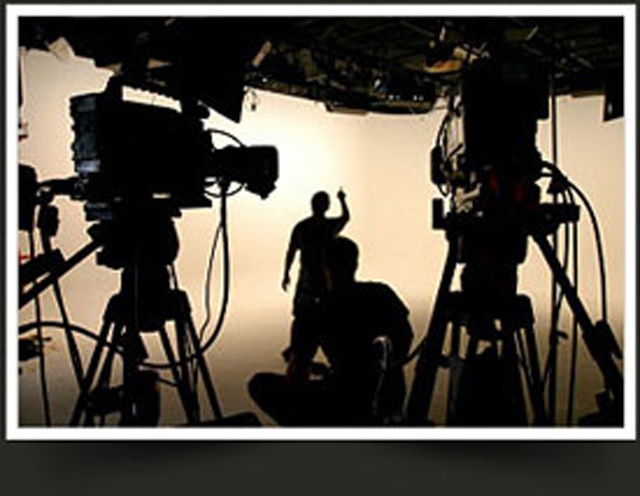 (Seychelles News Agency) - It’s considered by many as one of the most picturesque places in the world, but the Seychelles islands have rarely been the setting of a big-budget film, apart from a few like Jonathan Frakes' 'Thunderbirds,' (2004) and Roman Polanski's 'Pirates' (1986).

Soon, however, the idyllic Indian Ocean archipelago, famed for its powder-white beaches and clear tranquil waters of turquoise and blue, will be the setting for a string of international films that tell stories from Africa.

During a trip to attend a meeting of the Southern African Broadcasting Association (SABA), managing director and co-founder of the Africa Film Factory, Rahul Nehra, realized that the stories of the African continent, which represents about a billion people, were not being told enough through the medium of films.

After a series of meetings with the Chief Executive of the Seychelles Broadcasting Corporation (SBC) Antoine Onezime and the head of SABA, Namibian media chief Albertus Aochamub, it was decided to begin a long-running project to produce African international cinema, with the majority of the films to boast the island backdrop of Seychelles as a film location.

In an interview with SNA, Nehra said the intention was to initiate a film-making collaboration in Seychelles between other African countries with established film industries, such as Nigeria and South Africa, utilizing experience and financial backing from the Indian ‘Bollywood’ film industry.

Africa Film Factory is an initiative set up by Nehra and other industry veterans such as well-known Indian actor Jackie Shroff and Bollywood director Sumit Dutt to work with African nations in making high-standard productions.

To facilitate this, the company intends to offer specialized media training to locals interested in working in the film industry, allowing African countries such as Seychelles to develop their own voices and talents to generate meaningful home-grown content.

“We had discussions in South Africa and then we came to Seychelles; we had a series of discussions here, we met the honourable minister of tourism,” said Nehra. “Somewhere in between we got a Hollywood producer by the name of Mr Rutnam involved, because we wanted a good director, we wanted an excellent film and we wanted some top African actors and actresses to be in the film, and can there be a better place than Seychelles to shoot? No.”

Sri Lankan film-maker Chandram Rutnam was involved in numerous international productions including the Sri Lankan location shoot of 'Indiana Jones and the Temple of Doom' (1984) and has worked with some of the most distinguished directors in the world, including Steven Spielberg and George Lucas.

The first film scheduled for production is entitled ‘A Love Like This’ – a dramatic love story that develops between an aspiring aviator and a budding engineer. The film will be shot on location in Seychelles, and in Sri Lanka, where director Chandram Rutnam has a private aeronautical engineering and flying academy, the Asian Aviation Centre.

“Amongst the many works that I have essayed, this will stand out as a work that will potentially create a new journey of International African cinema with a Pan-African and Global film,” says Rutnam in a quote provided to SNA.

According to Nehra, the lead actor will be played by Nigerian Gabriel Afolayan, who was awarded the ‘Most Promising Actor’ last year in Nigeria. The lead female role, as yet unannounced, is expected to be filled by a well-known South African actress, and the supporting female character is expected to be none other than the recently-crowned Miss Seychelles, Camila Estico.

Afolayan is of the view that “this will be a path breaking film and I am excited about the role I am essaying. It will be a role of a lifetime and have a Global appeal.”

Immediately after shooting has wrapped on the first film, the crew will return to Seychelles to film the second production, a film entitled ‘The Promise’, another love story, this time centred around a pop singer.

“Somewhere both the films are about love, honesty, and excelling in what you do,” added Nehra. “There has to be a message in what you do, and the message really is that the youth really is capable of love, loyalty, integrity, hard work and aspiration. That’s really the bottom line of our current films.”

Although post-production on both films will be carried out in India, Nehra says that in time, probably somewhere around the fifth film, Seychelles should have the capacity to do the post-production locally, as Seychellois will receive training opportunities in all areas of production and editing.

Nehra says all the films will star international actors and actresses alongside local talent.

“We will definitely have Seychellois, either in the main lead or the main supporting role – that goes without saying. We will have a mix of artists, but it will be a showcase of Seychelles, and slowly building up a media talent repository within Seychelles: actors, actresses, musicians, technicians, assistant directors. So that’s the whole premise of building that slowly.”

The third and as-yet untitled film, is expected to go into production as soon as seasonal rains have stopped in March.

Believing in the African story

Finance for the films will come primarily from the Africa Film Factory and its backers, with the government of Seychelles playing a supporting role.

“The Seychelles government is helping in terms of all the local possibilities, and their role has been very encouraging,” said Nehra. “So the bulk of the money is coming from our side but wherever the government can help, especially with logistics, board and lodging, promotion, press, getting local talent on board as much as possible, that’s the extent of it”.

“You can’t put a cost to this because the director himself is a Hollywood director. He believes in the African story and he wants to, as a friend. He charges what he charges,” said Nehra. “When you are shooting with aircraft there’s a different kind of a cost to it. This is why when a group of us got together who believe in the African story, people like Mr Onezime, the minister, the SABA president, and we said, leave the cost aside – let’s make a good film. Let’s make a truly international African film.”

“So it’s a costly movie. It’s not a cheap movie. And when we try to take the top artists, they cost, getting them to location, shooting in Dolby, we are shooting with a RED-HD camera. So we are not compromising anywhere because this is our showcase to the world,” he added.

A good deal for Seychelles

An increase in tourism exposure is not the only benefit the Seychelles can expect from collaborating on this long-term film partnership, according to Nehra.

“There are multiple aspects to this. Seychelles to me is one of the most beautiful places in the world, which deserves to be seen more than what it’s seen,” he said. “Secondly, we are trying to create Seychelles as a media hub for international cinema, so when people see these kinds of movies are being made here along with SBC, others might approach SBC to say ‘can we do such a film together?’ again.”

“And we really, really want to make a pool of resources which drive the media projects themselves in future. So if we can achieve all of the above, I think we will be very glad in the next twelve months, very glad.”

Chief executive of the SBC, Antoine Onezime, agrees with Nehra’s sentiments. As SBC prepares to switch over to digital multi-channels by 2015, Onezime explains that the need to create quality local content becomes even more pressing.

“SBC, through SABA, has looked for ways to create our own content, but to create this content requires a lot of money, and a lot of initiative and expertise which at the current time we don’t necessarily have, even in Africa as a whole,” he said.

“So we have had to look for strategic partners to associate with us and assist us in this regard and Africa Film Factory, which has been working with SABA, expressed interest to help in this process, in cooperation with African media organizations.”

“Seychelles is a country that relies on tourism, and we will be receiving exposure, and that is why our tourism minister has been involved to make sure that Seychelles receives maximum exposure as a tourism destination, and it will, because these films will be shown in a large number of countries throughout the world. At the same time, all of the partners involved in the project will benefit from the collaboration.”

Onezime went on to add that one of the conditions set by Seychelles for the collaboration to go ahead was to eventually build capacity to take over the post-production locally.

Every now and again, Onezime says, Seychelles receives requests from film producers who wish to use Seychelles as a film location, but says these requests are not fulfilled due to a lack of expertise and equipment locally, which would necessitate the film producers to bring everything with them – a logistical nightmare for producers and budget controllers, who eventually decide on more cost-effective locations.

“We are starting with these two films, and there are a few other initiatives which we also want to do locally,” said Onezime. “When our staff have got more experience, then we will go ahead to start developing more local content, perhaps in the areas of local films, telenovelas and so on. These are our long-term objectives for collaborating on this project.”

Onezime concluded by adding that despite the fact that there had been some failed attempts at international film-making in the past, this one was different for a reason.

“Just to reassure people, I know that for some years in the past there have been a few initiatives concerning films here that didn’t necessarily go the way they were planned, because the people coming to make the films expected Seychelles as a country to give them something extraordinary in terms of resources and so on,” explained the SBC Chief.

“I’m glad to say that in respect to this project, the finance is coming from the film-makers themselves. We are only facilitating certain things through the Ministry of Tourism and Culture and in collaboration with the different partners, because as a small country we cannot pay for people to come and make films here. It’s just the support we are giving them so the project can come to fruition, and it will bring benefits for the country in general.”

In a press statement issued recently the Seychelles Minister for Tourism and Culture Alain St Ange said: ‘I welcome this collaboration, which could be a great initiative in helping to further raise the Seychelles visibility right across the world and bring a whole new dimension to our tourism initiatives,” adding that he would further promote this collaboration during his proposed India visit in August.