Experts protecting Seychelles from parasite that could devastate bees -- and agriculture 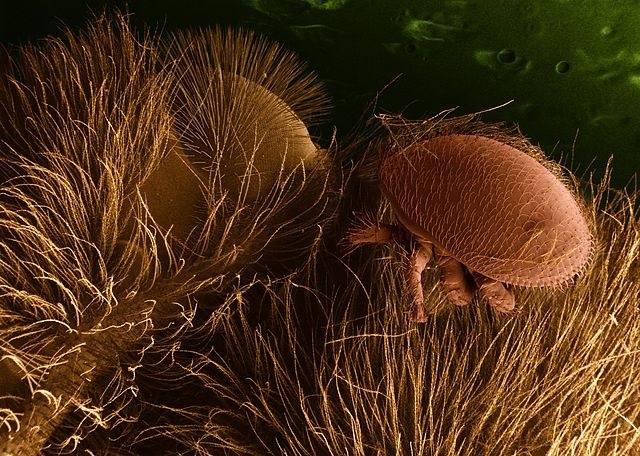 (Seychelles News Agency) - Seychelles is receiving help from two experts from the neighbouring island of Reunion to educate beekeepers and relevant local authorities about the threat of varroa mites – a parasite that attacks bees.

The external parasitic mite can bring down a bee colony, reducing the population of bees available to pollinate flowers and produce honey.

The two experts started with a series of workshops on Mahe and Praslin and site visits to beekeepers on the three main islands, including La Digue. They will assist with the planning for the prevention of varroa in Seychelles, as well as conduct training sessions.

“Seychelles is one of the rare places in the world where varroa doesn't exist. Varroa has been colonising the world since the 1970s, arriving in Europe in 1982 and to Reunion in 2017,” said Francois Payet, one of the experts.

Payet is also the president of the union of beekeepers of Reunion – a French-administered department in the Indian Ocean. He said that it is important to protect the islands to prevent contamination.

“Seychelles is a group of small islands and if ever varroa, unfortunately, gets here, bees will disappear from the islands. The islands are so small that if the bees disappear, you will have major trouble when it comes to agriculture,” said Payet.

He said that it will not only affect the production of fruits and vegetables but also the plant biodiversity of the islands, putting under threat endemic species such as the coco de mer. Should varroa be introduced in Seychelles, it will be impossible to eliminate the parasite completely.

“We will need to use pesticides to treat our bees and once we start using pesticides, the quality of our honey will go down and so will the value,” said Gerard Monthy, a research officer at the Seychelles Agricultural Agency.

Though Seychelles is one of two countries in the Indian Ocean – along with Comoros – to be varroa mite free, local authorities and beekeepers are on high alert.

The workshops and visits are part of an action plan that a committee - comprising of representatives from the Ministry of Agriculture and Fisheries and the National Biosecurity Agriculture, Seychelles Agricultural Agency and beekeepers – is putting together.

“The aim of the workshop is to sensitise people about varroa and the importance of not importing bees into the country. Not only the bees but also the hives which contains the larva because should varroa get into the country, we are done for,” said Arthur Toule-Thilathier, a local beekeeper.

The chief plant biosecurity officer at the National Biosecurity Agency, Keven Nancy, told SNA that legal action will be taken against people who do not follow biosecurity measures in place. He added that under ‘The Animal and Biosecurity Act 2014’, the agency has the power to enter a farm and destroy hives that are contaminated.

The experts will also show beekeepers and relevant authorities how to detect varroa and manage a varroa surveillance network and possible eradication in case of incursion.

“Beekeepers and the authority need to work hand in hand to protect the island. From what we have seen from our site visits, you are not ready. In Reunion, we thought that we were ready. We had worked for 10 years and spread the word among beekeepers and yet, varroa entered the country,” said Payet.

Varroa was discovered in Reunion last year and despite drastic measures, the spread was inevitable.